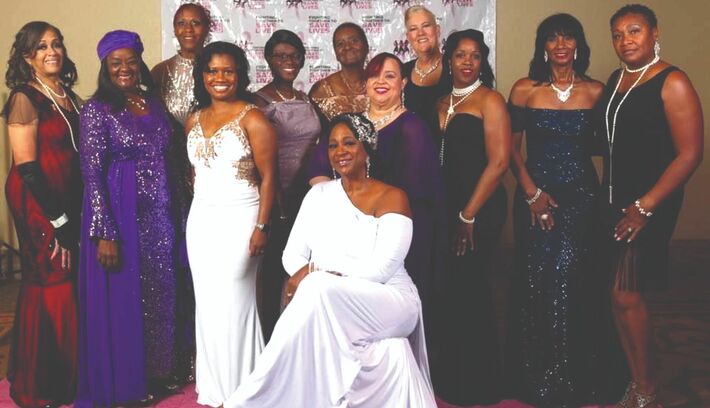 Last month the United States marked the anniversary of 9/11. The horror of that day in 2001 was compounded exponentially for Jackie Wesley, who received a diagnosis of stage 111B invasive carcinoma breast cancer over the telephone while she was in a grocery store. She was 39.

She did not isolate herself. She reached out, turning her battle into an opportunity to support others. Eventually she established her nonprofit, Fighting Together to Save Lives. The organization’s goal is to be a vehicle of hope in the community and to help those diagnosed with resources in their everyday lives.

On Oct. 15, the organization will host its 7th Annual Dancing with Breast Cancer Stars at the Double Tree Hotel by Hilton in Denver. The theme for the black-tie event is Violin for Victory.

During the event, 12 women will be honored for their fight with and victory over breast cancer. It’s an opportunity for family and friends to honor those who have been through something horrific and to honor those they weren’t sure would be alive, according to Wesley.

Over the years the nonprofit has hosted various forms of entertainment and activities, including comedy shows. This year, contemporary violinist Dominique Hammons and musical director Tony Exum Jr. will provide a musical backdrop as each woman walks through the ballroom as her story is told.

More than 50 women have been honored since the event was established. They do not come to her through written guidelines and criteria. People who know her story and her mission send women to her. The organization helps with any number of items from rent, food, rides to the doctor and plane tickets. When one family is back on their feet, that family helps the next family in need.

She understands that a breast cancer “diagnosis creates a sound in our spirit. Each string played creates a sound, just as those infamous words a woman or man hears… ‘you have breast cancer.’ Each of these ladies has a sound that has created their journey in their lives,”says Wesley, who from the age of 15 to 35 experienced multiple illnesses, namely early stages of uterine cancer requiring a complete hysterectomy. 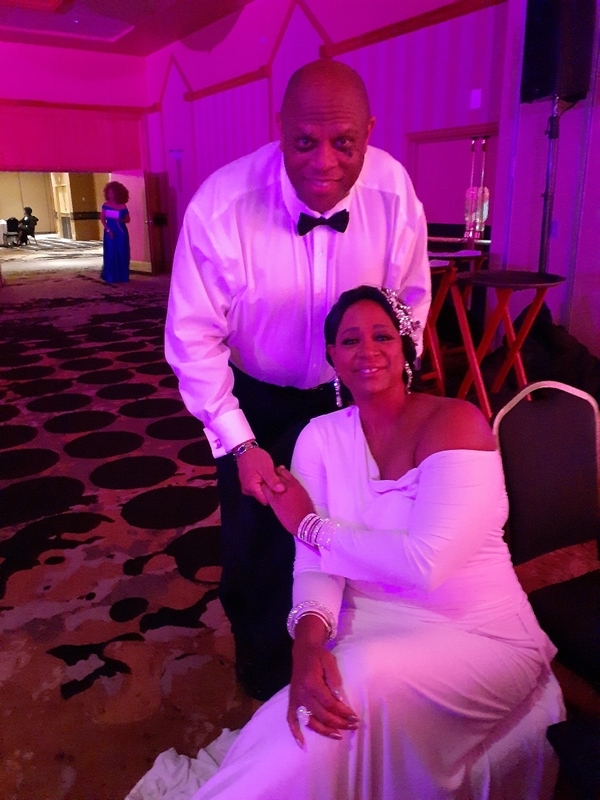 Wesley may have started on the journey a long time ago, but her passion for the work is as strong as ever.  Her website reads: “My spiritual journey began when God instructed me to help others fight for their life and to tell my story, and through telling that story is when Fighting Together To Save Lives was born. My story was told though a stage play: Living with Breast Cancer through Christ.”

Wesley features a piece from the play in the form of a monologue each year at the annual event.

More than 30 people volunteer to make this event a reality for survivors and their loved ones. It has grown from its first year where 80 people attended. They are expecting 500 at this year’s event. VIP tickets include private reception, pictures with the artist, and early entrance into the ballroom. General admission tickets include a three-course meal, the opportunity to witness these beautiful breast cancer survivors, and a night of dancing.

Through her year-round outreach, she advocates for women to educate themselves. “Go to the doctor with a notebook,” says Wesley, who takes her husband and son with her when she goes to the doctor. She also asks for everyone to listen to their body. Paying attention to that little something right now can help avoid major issues later. “It doesn’t take but a second for a life to change,” says the 19-year breast cancer survivor and true believer that early detection saves lives..

Editor’s note: For more information on Fighting Together to Save Lives, visit www.fttsl.com or call 303-704-2958.