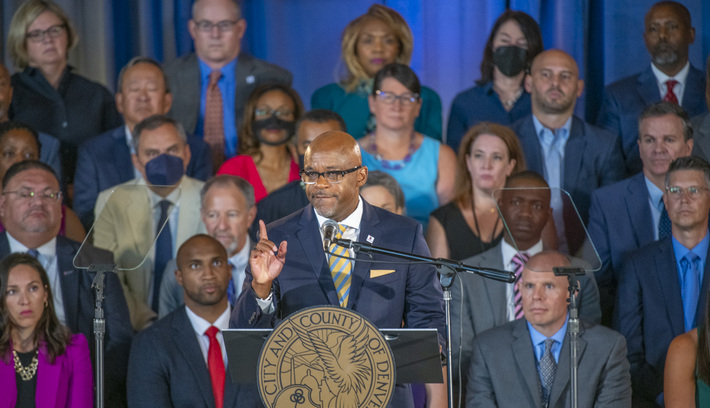 Mayor Hancock: We Are a City in Motion – a City in Pursuit of Justice

Final State of the City focuses on economic justice, housing and policing 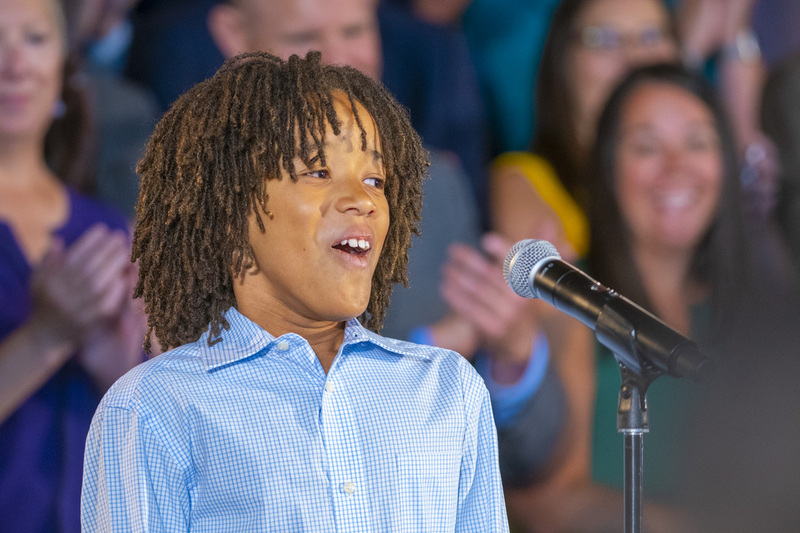 Mayor Michael B. Hancock delivered his 2022 State of the City Address, calling on all residents to stay
true to Denver’s values of inclusion and equity, and to pursue justice in all its forms not just over the next year but well into the future. Recalling the economic struggles Denver faced when he took office in 2011, as well as the pandemic and societal challenges of the past 2½ years, Mayor Hancock celebrated residents for fueling the city's latest resurgence and for transforming Denver into a globally recognized leader.

“We’re moving forward with our eyes set firmly on a city built on justice,” Mayor Hancock said, delivering his final State of the City speech – and the first in-person address since 2019 – in the gymnasium of the Montbello Recreation Center. “Justice has been delayed for far too long for far too many people. The state of our city, recognizing what we’ve come through, is a city in motion – a city in pursuit of justice and opportunity, a city determined to lift up all our residents.”

Mayor Hancock called on residents to stand against divisive rhetoric, to remain welcoming to all, to celebrate the contributions of our LGBTQ+ community, and to stand with women and their right to choose. "Our biggest steps forward always come when we move together, after healthy debate, toward a shared purpose, especially when the aim of that purpose serves the value of justice. "Mayor Hancock presented his agenda for his last year in office, a bold roadmap that will ensure our city remains a city of justice and opportunity for all for years to come. 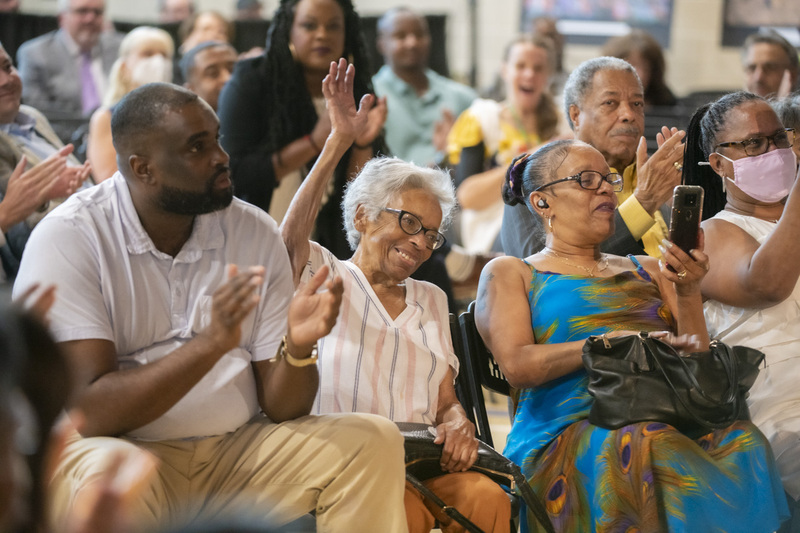 Since Mayor Hancock took office in 2011, the city has helped to rehouse more than 13,000 people
experiencing homelessness, create or preserve nearly 9,000 affordable homes, and deliver hundreds of
permanent supportive housing units. The city's expanded and improved shelter system now operates year-round, tiny homes and safe outdoor spaces are proving to be successful options, more affordable housing is now required in new residential projects, and the city is encouraging the conversion of vacant downtown office space into housing. The city is now committing more than $240 million a year to resolve episodes of homelessness, deliver more affordable housing and put homeownership within reach for more families. To build on this work, Mayor Hancock announced: 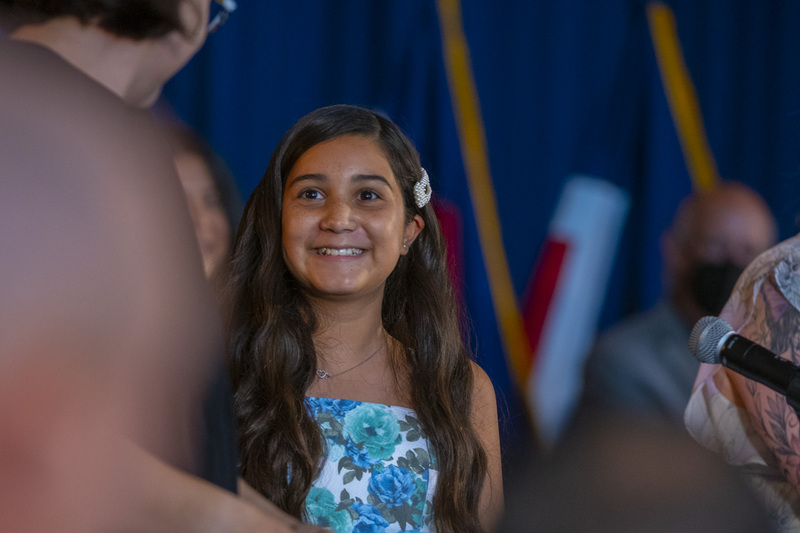 Humanity has reached a crisis point in the fight against climate change, and the people who will suffer
the most are the families that are already the most vulnerable. “Every day, every hour, every minute we
delay means unjustly sacrificing our children’s future,” Mayor Hancock said. Denver’s voter-approved Climate Protection Fund is reducing emissions, building resiliency and growing a climate workforce. The fund, not 2 years old yet, is already showing value by supporting low-cost, community solar for schools and low-income families, planting 2,000 new trees in climate vulnerable neighborhoods, incentivizing the installation of sustainable electric heating systems, fueling a micro - shuttle Montbello, and funding a popular rebate program for e-bikes.

The Hancock Administration has made a $200 million commitment over the next five years to invest in
climate action, focusing half of it on vulnerable communities most at risk from climate change. This year, the city also will begin to make the largest investment ever in the restoration of the South Platte River, removing hundreds of homes from the floodplain and protecting them from more frequent, intense floods being fueled by climate change. The city will also continue to preserve and add new park land in underserved neighborhoods that also reduce heat islands and our carbon footprint. 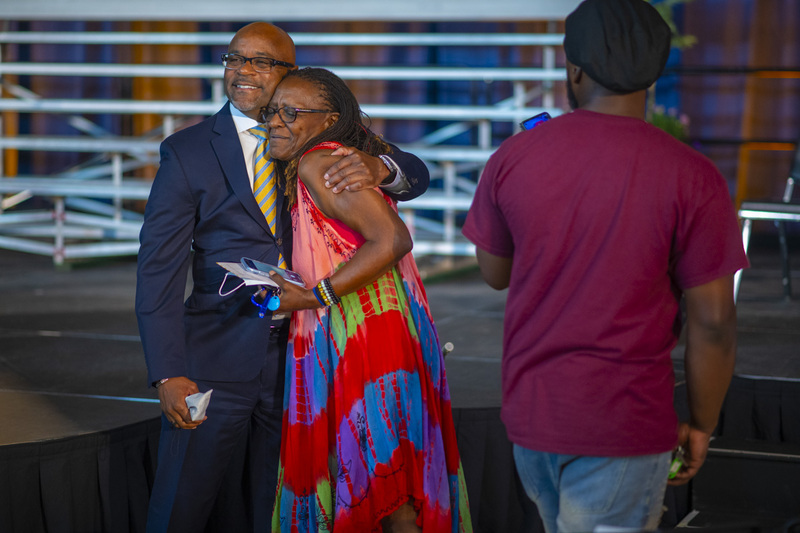 Recognizing the simultaneous need for additional police reform and additional efforts to reduce crime,
Mayor Hancock said, “This shouldn’t be a debate over more or less policing. That’s a false choice. It’s
about better policing. Better responses to different circumstances. And better community support to
address the root causes of crime. Too often we’ve called on law enforcement to address social problems better left to other systems of care.”

Over the past 11 years, Denver has been a change leader and innovator, requiring body-worn cameras, rewriting use-of-force policies and promoting de-escalation tactics. Mayor Hancock vowed Denver will continue be a leader by:

Police took nearly 2,100 guns off Denver streets in 2021, and more than 1,200 guns so far this year. “The solution to gun violence isn’t more guns,” Mayor Hancock said, which is why my administration has banned ghost guns and concealed-carry weapons in city parks and buildings. To further address gun violence, the Mayor is:

Since 2019, annual fentanyl deaths have quadrupled in Denver – to almost 240 last year, more than car crashes and homicides combined. Over the next two years, Denver will receive its first $8 million from the national opioid settlement. Mayor Hancock is committed to seeing these and other dollars used to reduce overdose deaths and help those who are suffering from addiction by:

Investing in the Future – Denver’s Children

“Everyone who calls our great city home deserves a fair shot and a fair opportunity at success and an
affordable home. To enjoy clean air and clean water. To have a career that supports them and their
family. To express themselves to the fullest,” Mayor Hancock said. “We remain committed to leaving
this city better than we found it. And while this may be my final year as mayor, I pledge to you that I will
bring the same energy, creativity and intention as if it were my first.” 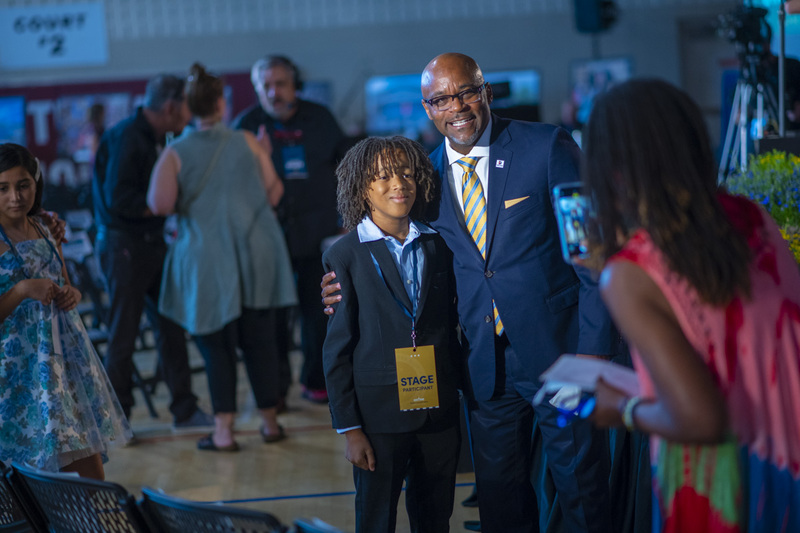