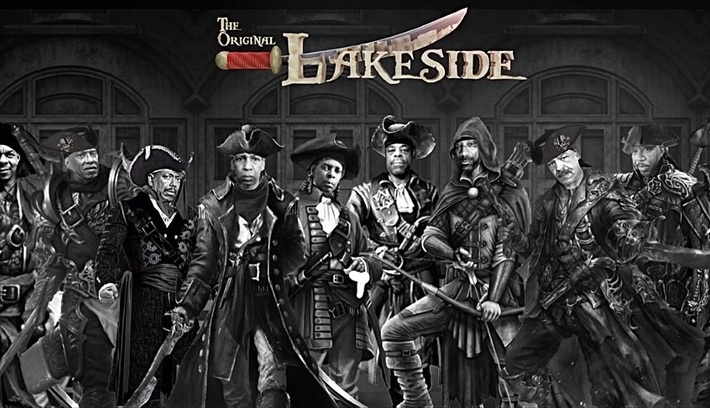 Colorado Black Arts Festival is a three-day celebration of Black art and culture with food, entertainment, and family activities. The 36th annual event will take place on July 8, 9 and 10 in the historic Denver City Park West, and will feature a special appearance by The Original Lakeside. Colorado residents and visitors are invited to attend the free festival and come along on what organizers have deemed “the only one real voyage worth taking!”

The festivities will begin on Friday, July 8, with performances on the Joda Village Compound and Stage showcasing Brazilian, Caribbean and African expressions of music, dance, and spoken word. The Kuumba Stage will feature Neo-Soul, R&B, Blues, Jazz, Hip Hop, and traditional dance music. Both stages will feature performances by local and national talent, in addition to community engagement and entertainment offered at brother jeff’s Cultural Center Stage.

Festival attendees will have an opportunity to purchase artwork at Visual Arts Row, where artists will proudly exhibit their work. Colorado Black Arts Festival has a longstanding reputation as one of the best places to purchase stunning art of all mediums. One-of-a-kind jewelry, paintings, apparel, and sculptures found at the festival will be appreciated by collectors and admirers alike, as they represent and celebrate a rich history of legacy and culture.

In addition to the art at Visual Arts Row, there will be art placements throughout the Art Garden, situated under a shaded path of historically-significant bottle trees, derived from 9th century Congo. “We are thrilled to have four brilliant muralists who will be painting on-site in the Art Garden this year,” said Colorado Black Arts Festival’s Executive Director, Florence Ayers. “These artists are Thomas “Detour” Evans, Jahna Rae, Shakerra Monet, and Rob Hill.”

Community members of all ages will have plenty to see and do, with special activities planned for youth. Children ages 2 to 13 can create, learn and play at the Opalanga D. Pugh’s Children’s Pavilion for Art and Learning. The Marketplace will feature goods from local vendors, and there will be plentiful food and beverage options representing traditional and world cuisine.

The festival will end on July 10, after a day of gospel performances and praise dance on the F. Cosmo Harris Gospel Stage. The Group Fire will close out three days of artistic celebration with a powerful spirit-filled performance.

Colorado Black Arts Festival is proud to welcome you back for another year of summer art, music, food, and entertainment in the Mile High City.

The barefoot drummer is on the line, responding to a follow-up question to a previous phone interview that interrupted his Las Vegas vacation. Why is Fred Alexander of the Original Lakeside referred to as the “barefoot drummer?

”It is an appellation that has appeared beside his name throughout the years.

“I play barefooted,” he states. An obvious answer. But the question remains unexplained. I press further. Why does he play barefoot?  “The shoe’s in the way. The drums feel totally different barefooted… nothing between my feet and the pedal,” he responds to my deeper query.

Sinbad had his own explanation. Alexander recounted that after he performed barefoot on a Sinbad television show and exited the stage sans socks and shoes, the comedian joshed, “You can take the boy out of the country, but you can’t take the country out of the boy.”

And that boy has taken the country to stages in cities and cruises around the globe, including recent gigs in Indianapolis, Indiana and Beaumont, Texas, headlining those city’s’ respective Juneteenth celebrations.

Denver funk fanatics will have a chance to glimpse Alexander and the Original Lakeside (featuring seven of the band’s original members) when they headline the Colorado Black Arts Festival in Denver City Park on July 9.  The festival’s website announces the group as the 2022 national headliner with a tag and tease that, “There is only one real voyage worth taking.”

While the teaser plays on the group’s iconic hit, “Fantastic Voyage,” the song title aptly describes the band’s experiences. As Alexander can attest, it’s been a voyage; it’s been fantastic – and continues to be – as the Original Lakeside pushes past its fifth decade.  According to Soul Track, AllMusic.com, Dayton.com and other online entries on the band, the original Ohio Lakeside Express (honoring the band’s Dayton, Ohio genesis circa 1971) ultimately resulted from a series of musical mergers and departures.

Early incarnations of the group earned accolades and interest from labels, including Chicago’s Custom record imprint (with Curtis Mayfield positioned atop the label masthead as co-owner) and Motown, but released no product, let alone hits. An inaugural effort on the ABC label came and went largely unnoticed.  Despite the scarce fanfare awaiting their recording debut, the band (then known simply as Lakeside) appeared on Soul Train, welcomed Alexander to the band, and signed to Dick Griffey’s Solar Records, all portents of impending success. 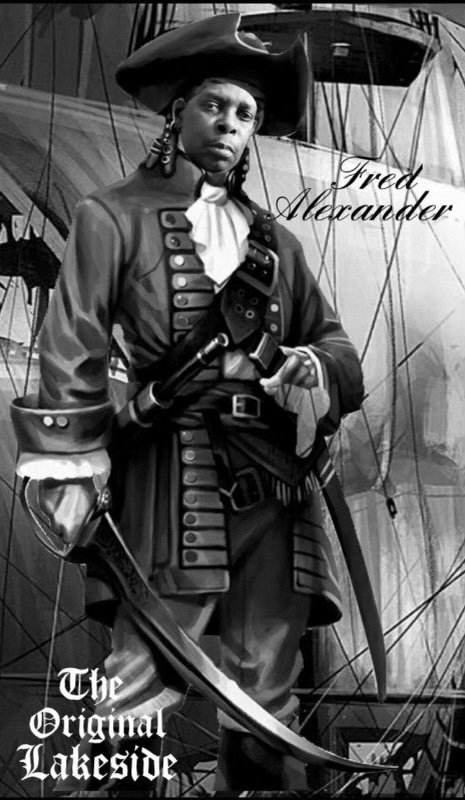 That success remains an exemplar of the funk pantheon. Cuts like “It’s All the Way Live,” “Raid,” “Real Love,” “Outrageous,” and “Your Love is on the One” entered the funk canon and moved beyond to imprint the early 80’s zeitgeist with Black artistry when disco’s (supposed) demise left an opening for frenetic funk. The band also scored with a scorching slow jam, a cover of the Beatle’s “I Want to Hold Your Hand.”

But the crown jewel of Lakeside’s oeuvre is a blistering funkathon entitled “Fantastic Voyage.” An early 80’s American Bandstand appearance captured Lakeside in full command of their talents and brand. Dick Clark introduced the band by flashing an album jacket spread featuring the band decked out in trademark costume. Lakeside followed Clark’s introduction with a costumed and choreographed performance of “Fantastic Voyage” that sparked audience screams, hollers and yells, predicting fan response in clubs across the nation long after the song topped the Billboard Soul Singles chart. The song shut out titans like Aretha Franklin and The Jacksons from the top spot. Funk exploded across the Billboard Soul Singles chart on Feb. 7, 1981 with Lakeside leading and the Gap Band, Yarbrough & Peoples and the Bar-Kays all positioned in the Top 10.

Alexander recalls that era as a time of both extremes - extreme creativity and extreme work. Alongside contemporaries like Klymaxx, the Dazz Band, Midnight Star, the Whispers, the Gap Band, Shalamar, the Ohio Players, the Bar-Kays and other seminal funk masters, Lakeside set the course and standards for the funk explosion. With full creative control, the band wrote and either produced or co-produced its material. To listen to Alexander recount those years, it sounds both exhilarating and exhausting. “You had to do the work, no sampling” he empha-sizes. “You thought of a song as a story… I want to bring people into the story.”

Contemporary auteurs and hipsters revisit past times and trends – a relatively recent example being Daft Punk’s celebration of Nile Rogers and Giorgio Moroder – and funk is often recalled. Since the 1990’s successive acts have sampled the funk masters. Dayton.com noted the Ohio influence on funk and broader culture with works by Zapp, Ohio Players and Lakeside being sampled by the likes of 2Pac, Erykah Badu, Snoop Dogg and Coolio. (Dayton is not only home to Lakeside and numerous other funk legends, the city’s also home to the Funk Music Hall of Fame & Exhibition Center.)

Through the years, “Fantastic Voyage” received its share of props from the hip and hot, most notably when Coolio sampled the Lakeside classic on his 1994 hit that shares the same title. While the cliché states that imitation is the highest form of flattery, Alexander views the excessive practice of sampling indicative more of laziness than homage. Back in the day, Lakeside not only wrote their material, but contributed songs to other groups.

“You had to be creative,” he stresses. “It was like this one big talent show - most of the groups came from talent shows.  He adds, “We enjoyed being creative.”

While the band still writes and records, Alexander relays that performing is their current creative focus. “What you see on stage is real, “Alexander states. “No prerecorded. Magic happens with the crowd.” What is that magic? He summed it up in one word - improvisation.

While the wear and tear of touring challenge even the young, those aspirants willing to endure the grind in exchange for future fame and riches, veterans already claiming celebrity status need deeper motivation. Alexander and the band still spill buckets of sweat preparing for performances. A performance powerhouse like Tina Turner called it quits in her 60s in no small part due to the physical strain of touring. Alexander acknowledges that touring is “grueling.”

When I first spoke long distance with Alexander, he was ostensibly vacationing in Las Vegas, enjoying a respite before tackling a demanding touring schedule stretching into next year. But a few minutes into the conversation, it’s apparent that the Las Vegas holiday wasn’t all leisure when he mentioned the hours spent at Planet Fitness to prep his body for the upcoming shows. “When you’re off, you better be in the gym,” he explains. “You can’t have fun if you’re hurting.”

With all the toil involved in touring, it begs the question. What propels the Original Lakeside to continue grinding through countless performances across sprawling distances after proving their mettle and solidifying their iconic status long ago? The answer’s intangible. It seems to be in the band’s blood, their DNA, their mind, body and spirit. An esoteric explanation, no doubt. But only genuine artists can comprehend the band’s enduring commitment.

However obscure the band’s impetus, their goal is clear. “We try to make it an event,” Alexander explains.  “We want to get you and we want to get you for life. And your kids. We’ve been through about four generations and we’re still out here [making people happy].”

Ever the performer, he quips that their influence literally runs through multiple generations. He’s been told, “I made a couple of babies to that song.” If the Original Lakeside and Alexander have their way, the next generation is waiting in the wings at their next performance.