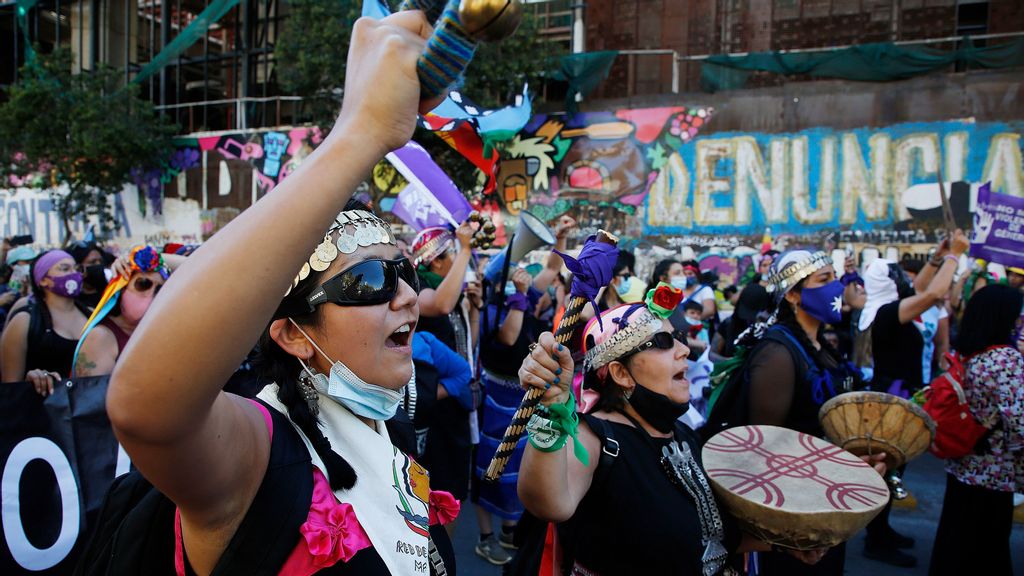 SANTIAGO, Chile — Chile is considered a country with a solid democracy and a population that takes to the streets to demand rights, but social and economic differences between men and women are still prevalent.

Chilean women work less in paid employment compared with other Latin American countries and tend to spend more time taking care of children and doing household chores, according to the Organisation for Co-operation and Economic Development.

Like much of Latin America, Chile has not managed to lessen the gap to achieve a more equal society. The country tops the charts in backwardness, says Carolina Carrera, a psychologist with the Andrés Bello University in Chile.

“Today, the situation is critical. According to a study of 17 countries by the [Organisation for Co-operation and Economic Development] that talks about the increase in female employment in all participating nations, Chile lags the most in indicators such as women’s participation in the workforce, female unemployment, the wage gap. The country is going backward, because of the [wage] pandemic over the last 10 years,” she said.

Carrera says there is a wage gap between men and women that affects retirement and poverty among older women.

“In 2020, female employment numbers decreased by 44.4 percent; the percentage lowered Latin America’s average. [Chile] also has more than 40 percent of women as one-parent heads of household, where poverty levels go up alarmingly,” she said.

More than 2.1 million Chileans live in poverty, and extreme poverty increased to 4.3 percent, more than 800,000 people, says the Chilean government. The country has a population of about 19.45 million.

“The civil union agreement was legislated to allow for both same-sex unions and heterosexual couples, which regulates shared assets, but not parentage, for example. The institution of marriage is allowed for a few, since LGTBI+ couples cannot take part. There is the issue of lesbians who are mothers and only one of them has maternal rights and the other doesn’t, and they are not a priority in the adoption system,” she said.

In the economic arena, women pay more than men, especially when they take out credit.

The different interest rates for men and women are mainly the result of bank risk profiles, says Alejandro Urzúa, an economic analyst from Andrés Bello University.

Sofía Olave, 27, a teacher in Comuna de Molina, felt discriminated against when she tried to buy a home. When she received the quote from her real estate agent, the interest rates were very high.

“If my husband were the one buying the property, the rates would be lower. I can’t buy property alone in my name; I need a cosigner or somebody to help with the rent, even though I’m able to pay, which would mean that my property would also be in someone else’s name. I think that’s unfair,” she said.

“In Chile, women’s workforce conditions are more fragile than for men, and [women] earn less for the same labor, which is key to obtaining less favorable credit conditions, interest rates and amounts requested,” Urzúa told Zenger.

“But unfortunately, during a credit assessment, that is not taken as a factor,” he said.

“There is a wage discrimination. On average and not controlling for visible factors, the wage gap between men and women is 140.962 Chilean pesos ($177) a month. In other words, the average income women can earn is 79.6 percent of the income men earn,” she said.

The gaps tend to be smaller in the public sector, mainly because the positions there have set salaries. Still, the highest positions are almost all filled by men, says Sato.