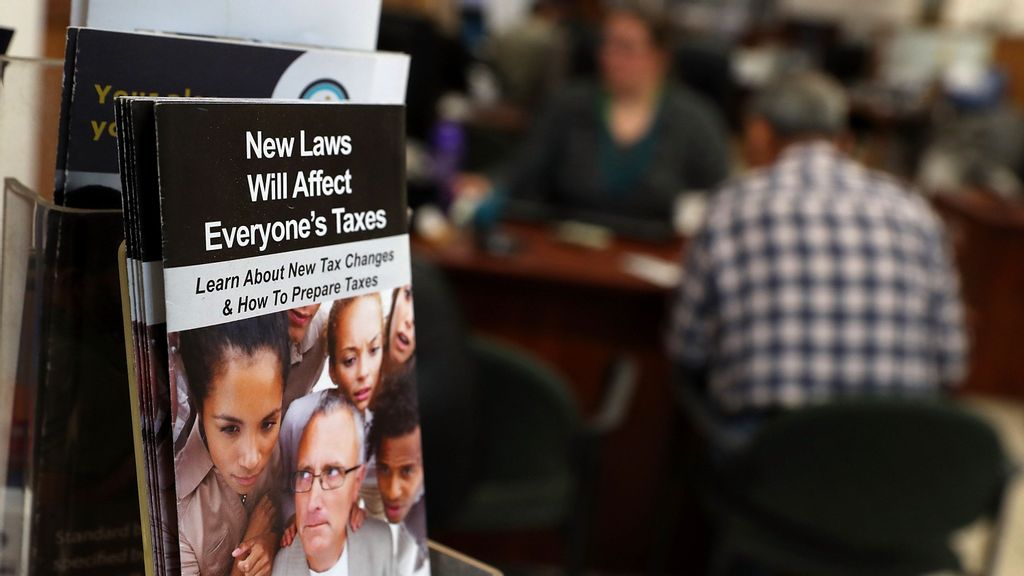 With tax season looming in early 2022, the Internal Revenue Service, better known as the IRS, released the get ready webpage, available in eight languages, that allows taxpayers to find the information they need to file their return (such as collecting tax records and bank statements), select a tax return preparer online and submit electronically. Telephone help is also available in 350 languages.

Starting this year, the IRS is providing translation services through telephone interpreters in 350 different languages. The 1040 form can now be completed in English and Spanish, and in the next five years, all documents will be translated into languages such as Russian, traditional Chinese, formal Chinese, Vietnamese and Korean, said Susan Simon, Director of Customer Assistance, Relationships and Education at the IRS.

“If they have direct deposit [in a bank], that will make the whole process faster, easier and more secure,” Simon said.

“Something new that we are very proud of this year is the Form 9000 that can be attached to the tax return and that allows taxpayers to select preferred alternative media in Braille, large print or in audio format.”

Simon said that for people who cannot use virtual tools, either due to lack of Internet access or lack of knowledge, there is a telephone line in English and Spanish (800-829-1040) and another for other languages (833-553-9895), where assistants can provide information about tax accounts.

People can also schedule an appointment in person at one of the IRS taxpayer assistance centers, go to a local paid preparer in the community, or review the free option with some 90,000 VITA volunteers nationwide.

“Because of COVID, many of our sites had to continue preparing tax returns online this year but are trying to open face-to-face sites by 2022,” Simon said.

#IRS has a guide in multiple languages to help you find the tax information you need to pay your taxes and file a federal tax return. Get started at https://t.co/DQaj9cytms pic.twitter.com/wCMXIj3s2u

One of the major benefits under the American Rescue Plan is the expansion of the Advance Child Tax Credit.

Half of these advance payments began to be issued as of July 15, 2021, in monthly installments, and the other half can be claimed with the 2021 tax return. This benefit is expected to help more than 39 million households.

“The new law enhances the credit by making it fully refundable for certain taxpayers,” said Ken Corbin, Commissioner of the Wage and Investment Division and Chief Taxpayer Experience Officer at the IRS. “This means that taxpayers can benefit from the credit, even if they don’t have earned income or don’t owe any income taxes.”

The IRS has provided three virtual tools for families to verify whether they can access this benefit. The first is the Eligibility Assistant, which allows a parent, another family member, guardian or caregiver to determine if they qualify for the tax credit by answering a series of questions about themselves and their family members.

“This includes those taxpayers who could be experiencing homelessness, low-income households and other underserved groups,” Corbin said. The IRS has partnerships with over 5,000 homeless shelters, which can provide their mailing address for homeless people to receive their payment.

The second tool is the Non-filer Sign-up Tool to report qualifying children of those taxpayers who are not required to file a 2020 tax return, or have a gross income less than the applicable standard deduction amount, and have a main residence in the United States for more than half a year.

The third tool is the Update Portal that allows families to enroll or be excluded from advance payments if they have already received them, add or remove beneficiaries, report a change in their marital status or income, change the form of receipt from a paper check to direct deposit, change account numbers to which the payments are directed and update their address.

“Taxpayers may prefer to claim the full credit when filing their 2021 tax returns next year,” said Corbin. All these tools are available in English and Spanish.

Advanced payments are not subject to federal income taxes, nor are they counted as income when determining eligibility for amounts of benefits or assistance under federal programs such as unemployment benefits, food stamps, or Medicaid.

Singles and couples who have social security numbers can claim the earned income tax credit even if their children don’t have one. This is important for undocumented families in which parents can request an Individual Taxpayer Identification Number (TIN).

“In January 2022, the IRS will be sending recipients of the advanced child tax credit payments and the economic impact payments, a letter that tells them how much they received in 2021. This information is important to make sure that when they file their 2021 returns, it will match IRS records,” Corbin said.

For those without children, the rescue plan has also provided benefits such as the earned income tax credit (EITC). Eligible workers who are at least 19 years old can receive up to $1,502, triple the amount authorized by the government in 2020.

“These credits are a great deal of money in many households, so it’s very important to ensure sure no one else gets them,” said Simon.

“We have worked very hard with representatives from banks and other state and federal organizations to ensure that the taxpayer gets the money they have applied for,” said Simon. She offered a security tool for people to protect themselves from identity theft.

Those who have had trouble with scammers can also attend low-income tax clinics found in all 50 states.

IRS Helps Taxpayers In 350 Languages—Touting Expanded Child Tax Credits And Other Benefits is published in association with Ethnic Media Services.