Victims Of Domestic Violence Still Struggle To Get Asylum 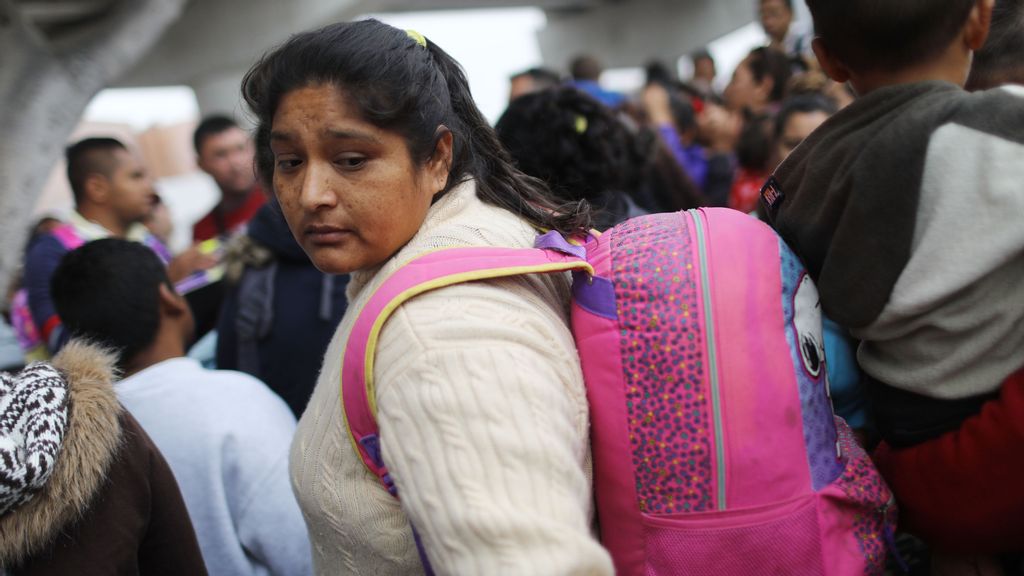 Many abused women have difficulty getting asylum in the United States.

The U.S Refugee Act of 1980 allows people to apply for refugee status abroad, asylum status at the border or within the United States. They are eligible if they demonstrate what is known as “a well-founded fear,” meaning the persecution is due to their race, religion, nationality, political opinion or membership in a particular social group.

But most domestic-violence cases are rejected.

Marta Victoria Canossa, an immigration attorney for the Los Angeles-based firm Ortega, Canossa y Asociados, said it is important for those escaping domestic violence in their countries of origin to present their case within the first year they enter the United States.

“It is very difficult for an abused woman to go to an American embassy and request asylum, even for those who have family already here in the United States or have an application pending,” she said. “This lack of resources at the embassy level forces women to present their claims at the Mexican border. If they don’t do it as soon as they cross, they have a year to do it.”

After escaping the abuse and persecution from an active Mara 18 gang member in her native El Salvador, Milagro won her asylum case in the United States in August, on domestic-violence grounds.

She crossed the Mexican border in 2015, escaping from her kidnapper, who raped her repeatedly and threatened to murder her family.

“My life was always in danger, I filed a complaint [in El Salvador], but my case was not solved, and they did not help me at all,” said Milagro.

The woman, who agreed that her story could be published without using her last name, was about to get married when the gang member became obsessed with her and began to harass her over the phone. He said he would have her “whether you like it or not.”

She was then raped repeatedly and threatened with weapons, blows to the entire body and burnings with an iron. Her rapist even fractured her hands.

“The last time he beat me for four hours. He wanted to kill me; he told me that he was going to cut me into pieces and leave half of my body at my grandmother’s, and half at my uncle’s.”

After Milagro escaped, the gang member kept looking for her, so she decided to leave the country.

“When I crossed [the border] I told them [immigration officials] that my life was in danger, that if I returned he would kill me, wherever I was he would look for me … Thanks to God and the lawyer I got it [the asylum], but it was a long struggle.”

Almost five years after presenting her case in December 2016, she received her status. With it, the path to legal residence in the country began. She is the mother of a little girl and is now pregnant with a boy. Although she is in a stable and healthy relationship, she said: “There is still that trauma that one cannot remove. It is like a big burn and a scar remains. Even if you want to erase it, you can’t.”

The U.S. government releases reports on the situation in Latin American countries that highlight the problems abused women face in getting help from their own governments. Bill Frelick, the director of Human Rights Watch’s Refugee and Migrant Rights Division, follows the cases carefully on Twitter accounts.

Women who suffer domestic violence within the United States have two options — they can present their case through the Violence Against Women Act (VAWA), in force since 1984, or apply for a U visa.

“VAWA is available to people married to legal permanent residents or citizens of the United States,” Canossa said. Under this law, which also protects men, applicants are not required to submit a police report. Their own declaration or one by a witness, along with proof such as images and text messages, is sufficient.

The VAWA application must be made while the person is still married to the abuser or within two years of their divorce.

“Approval is taking from 21 to 28 months, but they can also apply for work permits while they wait,” Canossa said.

Through a U Visa, relief is available to women who are victims of people without documents or were not married to U.S. citizens. But it requires a police report, which “is sometimes challenging when the person is in a jurisdiction where the police don’t want to cooperate,” Canossa said.

The other difficulty is the wait for the U visa exceeds five years — and the person does not receive a work permit for that time.

From Sessions to Garland

In the 1990s, guidelines were adopted on how women’s claims for domestic violence could fit into the Refugee Convention.

“A ground that’s often argued in domestic-violence cases is that a woman might be harmed because of her political or feminist views, such as not being subject to male domination,” said Blaine Bookey, legal director of the Center for Gender and Refugee Studies at the University of California Hastings College of Law.

AB is a Salvadoran woman who endured 15 years of brutal domestic violence. Her partner’s brother was a police officer, and he used that position to intimidate her, forcing her into exile and making her leave behind her three young children.

Although AB was eligible for asylum, Sessions rejected that decision. He tried to undermine the availability of asylum for all women fleeing domestic violence and any form of harm from a non-government actor.

“In many instances, gender violence is perpetrated by family members or other people in the community,” Bookey said. “So, this 2018 AB decision was incredibly detrimental … Grant rates for asylum seekers from Central America, particularly in Mexico, dropped significantly.”

After a long campaign by women’s advocacy groups, in June, Attorney General Merrick Garland reversed the Trump administration’s decision to close the door to asylum seekers on the grounds of domestic violence.

“It was an incredibly important victory. Cases where a woman had been denied asylum and had gone to the court of appeals have a new consideration before the Department of Justice.”

But obstacles remain. Some judges still deny more than 90 percent of domestic-violence cases, and the lack of access to an attorney leaves many asylum seekers without the possibility to apply for the protection.

“We need more clear action laws to expand the meaning of a particular social group,” Canossa said. “It has been a slow process, and we need more support at the court level and from the feminist groups.”

Immigrant Victims Of Domestic Violence Still Struggle To Get Asylum is published in association with Ethnic Media Services.

The post Victims Of Domestic Violence Still Struggle To Get Asylum appeared first on Zenger News.