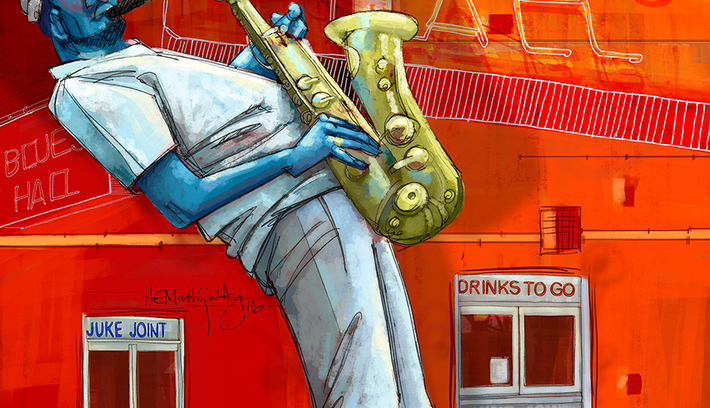 Music in the Paint: Breaking Down the Art of Juliette Hemingway

Music is the common thread that holds all of us together no matter who we are, where we live or how we live our lives. Music has set a deep imprint on Juliette Hemingway in her art, and in her life...

Hemingway’s “Moving Through a Mood,” painting depicts a man strumming a bass, while her striking “Blues Hall” captures a man soulfully blowing a saxophone.

“Jazz is a universal language,” explains Hemingway who started listening to jazz and blues with her grandparents. “It’s a set language that everybody can relate to young and old. Even young people who may not relate to it now, they mature into it later. It’s one of those type of music genres that I feel really can pull your emotional heartstrings.” 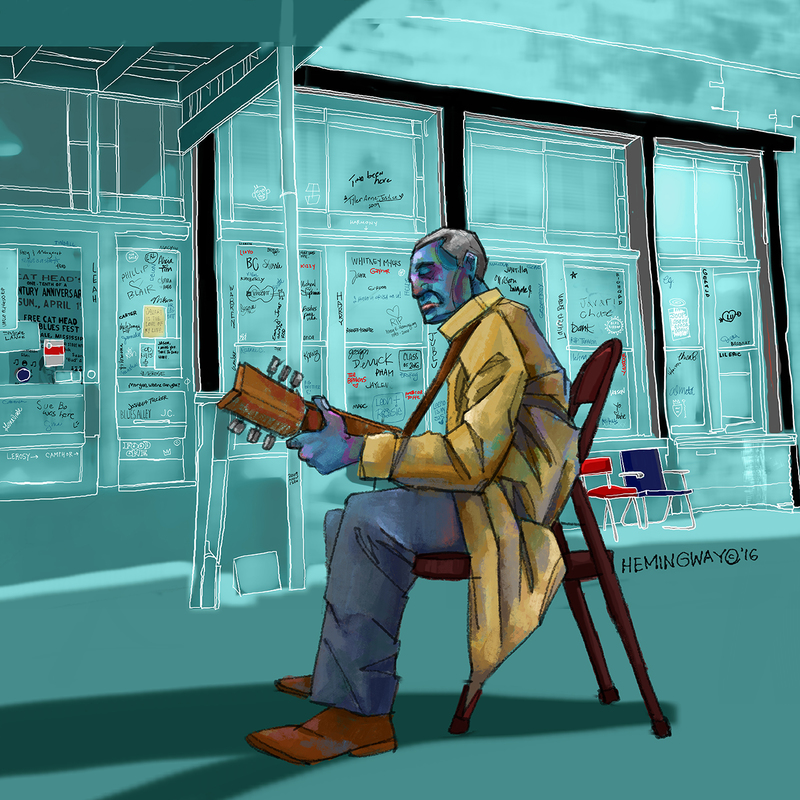 was born in Belleville, Illinois, says she cannot recall a time when she wasn’t drawing. “I remember growing up on my grandparent's farm and me and my cousins would sit at the table and draw for hours and read comic books.”

“I love the illustrative works of Norman Rockwell, JC Leyendecker and Mucha,” she says.

Even though Hemingway is self-taught, she’s on a knowledge quest – watching videos on various websites including Schoolism.com, WattsAtelier.com, proko.com and oatleyacademy.com.

“I mentored under master sculptor Ed Dwight, and still seek him out for advice even now,” she says. “I have been influenced a lot with concept artists who work in the digital media, such as, Armand Serrano (Zootopia and Big Hero 6), Robert Kondo (Monsters University and Ratatouille) and Dice Tsutsumi (Robots and Horton Hears a Who!).”