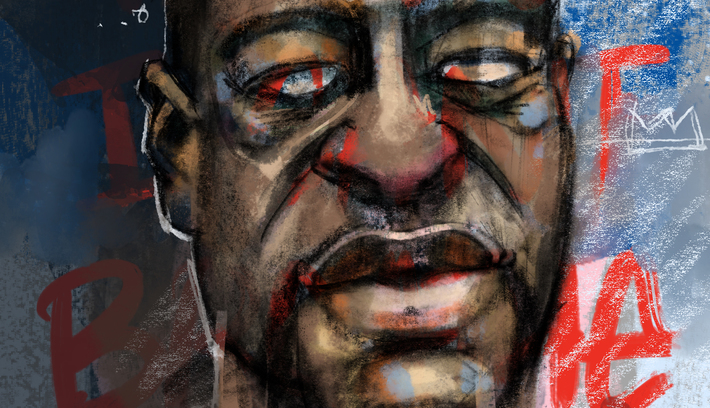 The Whole World is Marching

The Whole World is Marching 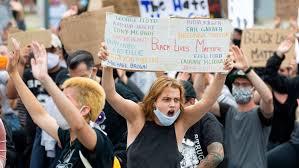 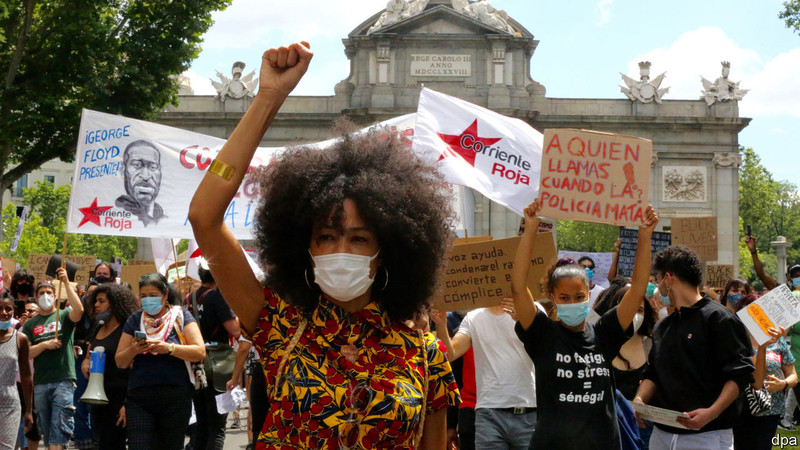 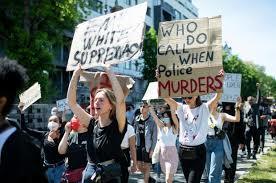 Never in modern world history has a calamity so beset the global population causing it unilaterally to focus our attention on a single issue as the COVID-19 virus.

We may be hard pressed to find anything good stemming from this deadly pandemic that has insinuated itself among all the nations on the planet. We have been asked, and in many cases ordered, to remain sequestered at home. Surprisingly, a strange by-product began to emerge as people around the world watched in horror as a white policeman executed an unarmed black man on global television.

During the Civil Rights Movement, some 60 years ago, the common refrain was, “the whole world is watching.” Today, in the wake of the brutalization and murder of George Floyd and other African Americans in the U.S., we have begun to bear witness to and hear a similar recitation, “the whole world is marching!”

At any other time, the people of the world would likely immerse themselves in the throes of sports, vacations, bars, restaurants, clubs and all other forms of distraction from our daily realities. However, this vile, contemptable, loathsome act coupled with our inability to escape seized the attention of the international community and sparked transnational outrage.

In an instant, the whole world saw with their own eyes what African Americans have been expressing for centuries. The barbaric, racist, violent systems of the U.S. that has continued to deny basic human dignity for African Americans by denigrating and devaluing lives could no longer be ignored.

The anger and anguish felt around the world has been all too familiar for African Americans since arriving on these shores more than 400 years ago. The false notion that Blacks are inherently dangerous by those who have continually beat, bombed, raped, murdered and massacred Black people is laughable at best and repulsive and duplicitous at least. The vicious and inhumane treatment of African Americans, at the hands of those who feign civility, is now exposed to the world.

And that has provoked outrage all over the world; leaving many to question why does this continue to happen in the U.S.?

The fact that people of all backgrounds are now aligning themselves with the struggles in the alleged “home of the free,” has provided much needed validation of the lived experiences and fight for equality in America.

Wrapped and swaddled in a cloth of nihilistic sensitivities with feelings of helplessness, hopelessness, lovelessness, nothingness and emptiness every single day. Now, citizens around the globe can feel that pain—and so the whole world is marching in solidarity with the struggle. 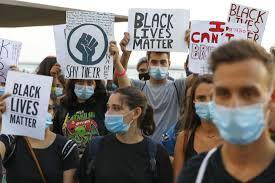 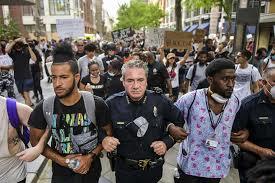 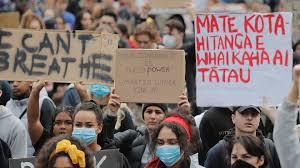 They are marching for justice for African Americans throughout the continent. In Ghana, Liberia and Kenya, peaceful protests surrounded the U.S. Embassy in the capital cities of Accra, Monrovia and Nairobi. The Black Lives Matter movement in Nigeria’s largest city, Lagos focused on police brutality in the U.S. as well as in Africa’s most populous country. Demonstrations have also continued in the nations of Senegal, South Africa, Tunisia and Uganda.

In the former Soviet state of Kazakhstan, protesters march with signs that read “I can’t breathe.” Other protest broke out in several other cities throughout the nation.

Peaceful protests in Hong Kong led protestors to the U.S. Consulate General’s Office demanding justice for George Floyd. In Japan marches and protestors galvanized support for African Americans in the cities of Tokyo, Kyoto, Osaka, Chatan and Fukuoka. In South Korea organizers marched to the U.S. Embassy in support of African Americans in the capital city of Seoul. And in Taiwan, more than 100 protesters demonstrated in front of the American Institute against America’s human rights violations.

In India and Pakistan, protesters took to the streets for several days outside the American Center while holding depictions of George Floyd on posters. In Sri Lanka despite police having obtained a court injunction, citizens staged a peaceful march to the American Embassy in support for African American’s treatment in the U.S. They were joined by civil rights organizations and trade unions and political parties.

The Philippines, Indonesia and Thailand where citizens have been engaged in decades-long protests against police brutality; citizens drew stark similarities between their experiences and that of African Americans in the wake of Floyd’s death at the hands of police. A parallel occurrence involving a student who died when a policeman step on his head causing his death. Members of the Philippine Congress even took a knee in support of Floyd during a policy session in solidarity with African Americans. Even members of the Thai royal family expressed their support for the Black Lives Matter movement.

Even throughout the Middle East, support for African Americans and the 400-year plight has been strong and evident. In Israel, Iran, Armenia, Georgia, Palestine, Lebanon and Turkey candlelight vigils and marches were organized to show and illustrate camaraderie with African Americans as the pictures of Floyd was broadcast globally.

Nearly every nation in Europe responded to the Floyd murder. In Austria, young demonstrators numbered more than 50,000 in the capital of Vienna. Similar scenes could be found in Belgium, Bulgaria, Croatia, Cyprus, The Czech Republic, Denmark, Estonia, The Faroe Islands and Finland. Multiple cities throughout France including Paris, Bordeaux, Lille, Lyon, Marseille, Toulouse and Montpellier saw crowds as large as 20,000 taking to the streets to express, “I can’t breathe.”

Across Great Britain, marches and peaceful protests broke out in the cities of Birmingham, Liverpool, London, Manchester and New Castle. The protests were organized in support of “Black Lives Matter” and to acknowledge the racist brutality in the U.S. against its own citizens.

In the U.S. all 50 states around the nation experienced peaceful, and sometimes, not so peaceful, protests in support of both George Floyd and the “Black Lives Matter” movement. The ensuing rage and violence in some cities notwithstanding, was an expression of the anger and frustration with the continued death of unarmed and largely innocent Black men at the hands of the police. Comparable scenes can still be witnessed in large, medium sized and small cities alike; as well as in towns and villages across the country.

In Canada, marches in Toronto, Quebec and Ottawa have been staged in support of the struggle. In Mexico, the cities of Guadalajara, Ixtlahuacan de los Membrillos, Mexico City, Tijuana and Xalapa witnessed protestors express support of the African American cause in the U.S.

Hundreds took a knee and chanted for two hours in a peaceful display of support for Floyd and African Americans across Jamaica, Trinidad-Tobago, Guadeloupe, and Bermuda. Numbering in the thousand at points, the crowd chanted “No Justice, No Peace” in front of the U.S. Consulate.

Protestors in Australia, New Zealand and Fiji also took to the streets to voice their outrage at the treatment of George Floyd. Many laid flowers in front of the U.S. Embassy; although they were quickly removed by police. They used the Floyd incident to highlight their own concerns with law enforcement; particularly of the aboriginal peoples.

Marches throughout South America also placed a spotlight on police brutality. While George Floyd may have served as the spark, citizens in many South American nations have been forced to contend with the issues of police maltreatment. In Argentina a crowd marched to the American Chamber of Commerce. In Brazil, demonstrators protested in the name of a 14-year-old Afro-Brazilian boy who died in similar circumstance while chanting, “I can’t breathe.” In Columbia and Ecuador, marches were staged for similar reason to highlight police abuses in the death of an Afro-Columbian man.

In most instances, those protesting around the world were demonstrating to address grievances a lot closer to home as it related to police abuses. The George Floyd murder placed the issue at center stage for all of us. What white Americans can no longer assert is the experiences with law enforcement is somehow a figment of imagination; an aberration.

In the end, George Floyd’s 6-year-old daughter, Gianna said it all, “Daddy changed the world.” 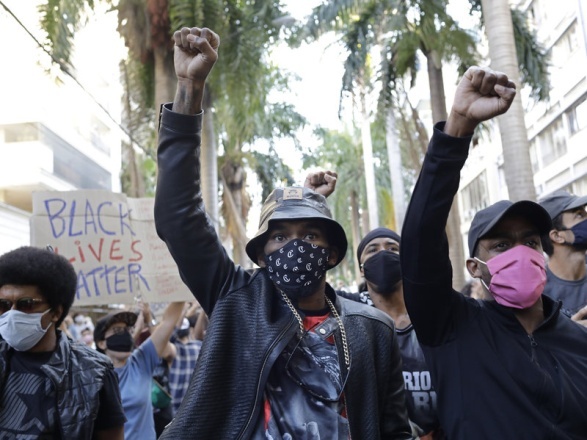 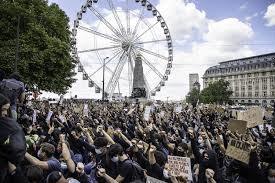 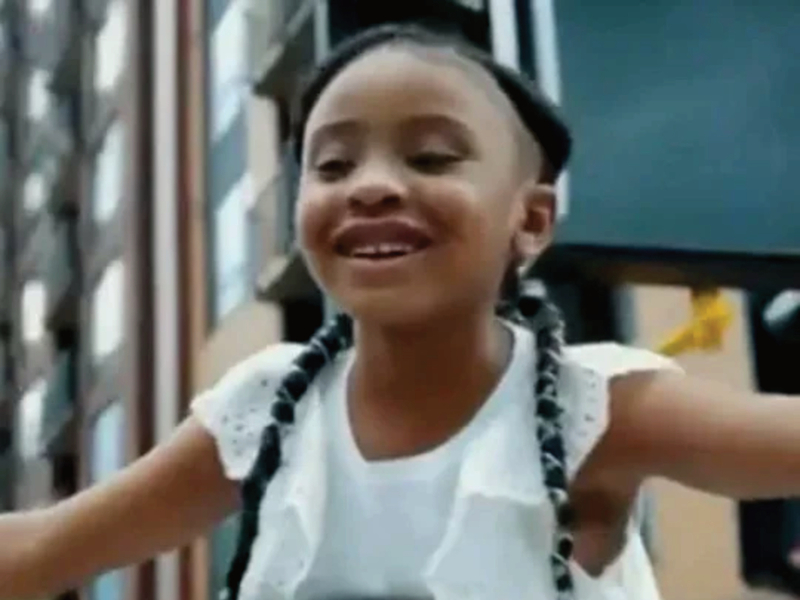