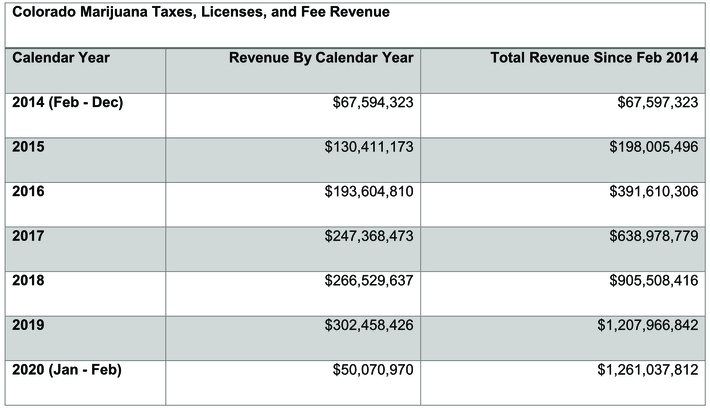 How Does The African Americans Community Profit From Marijuana Revenue

How Does The African Americans Community Profit From Marijuana Revenue

Welcome to the Cannabis centric edition of Denver Urban Spectrum. My esteemed colleagues Alfonzo Porter, Zee Nwuke and Thomas Russell have done a magnificent job exploring the business of marijuana from legislation, criminalization and commercialization. However, the bottom line for every business is profit, and with over a billion in revenue generated from the sales of marijuana in Colorado, business is booming. Questions remain around where the Colorado (and other US states) marijuana revenue goes and in a broader sense is the revenue directly benefitting the African American community?

In 2012 when Colorado Amendment 64 offered to legalize marijuana, I was largely ambivalent until I heard two things on the radio. 1) The amount of revenue sales tax on marijuana would generate for the state of Colorado. 2) A significant portion of that revenue would be invested in Colorado Public Schools. Historically communities with predominantly African-American and Mexican-American students have been drastically underserved compared to their white counterparts. So I was ecstatic to discover that some of the revenue from the sale of marijuana would be put back into these communities.

However, eight years later the reality of the emphasized benefits is still a bit hazy.

There are two ways marijuana tax revenue comes into the state's coffers.

Excise tax: 90% of the excise tax revenue collected or the first $40 million - whichever is greater, is credited to the state’s Capital Construction Assistance Fund, which funds the Building Excellent Schools Today (BEST) program.

Sales tax: 10% of the state's 15% state marijuana retail tax revenue is allocated to local governments and distributed according to the percentage of marijuana sales within city and/or county boundaries.

The remaining 90% of the retail tax revenue is distributed in the following manner:

12.59% will be credited to the state public school fund and distributed to all districts.

The rest is primarily divvied up between drug safety, abuse prevention and treatment, mental health services and affordable housing. The influx and distribution of money from a new revenue stream is undoubtedly a positive step, but it does not fully address the racial disparities and financial inequality that some Colorado cities face.

According to Census data, the African-American population of the state of Colorado is 4.6%. The African American in the city of Aurora is 16%, and in the city of Denver, it is 9.8%. It is not out of bounds to say that, Denver and Aurora are the two most populous cities for African Americans in the state of Colorado. Denver Public Schools has one of the largest academic achievement gaps in the nation. The state of Colorado has a homeless population of close to 10,000, five percent of which are African American. The argument could be made that a larger share of the marijuana tax revenue should be allocated to Aurora and Denver, to assist with providing more access to better education, mental health care and affordable housing; especially considering the fact that Park Hill and Montbello neighborhoods are densely populated with dispensaries.

Throughout America’s history, African-Americans have been systematically denied equal rights and opportunities. The effects of long-standing discrimination linger and perpetuate disparities in wealthy housing, criminal justice, and health care. With white corporate interests and predominantly white investors with deep pockets turning their attention to the budding marijuana industry there is historical evidence that the system is already rigged against African-American entrepreneurs.

On March 12, 2020, lawmakers in Mississippi proposed a marijuana bill that would limit the number of people who would be licensed to grow the product and open dispensaries in the state. Its passing would control who gets to profit from marijuana sales, while simultaneously constricting the amount of revenue that can be generated from the sales of marijuana.

Since 2018 the state of California, Los Angeles’ has had the Cannabis Social Equity Program touting “Equitable ownership and employment opportunities in the cannabis industry in order to decrease disparities in life outcomes for marginalized communities and to address the disproportionate impacts of the war on drugs in those communities.”

The program, established by city of Los Angeles government was supposed to provide cannabis licenses to people harmed by the war on drugs. In reality, LA's Cannabis Social Equity Program has been plagued by delays, scandal and bureaucratic incompetence. The social equity program that was designed to help minorities has ended up doing the opposite. African-American entrepreneurs have suffered irreparable harm through loss of time and revenue.

Recently the state of Illinois, lured by the potential for weed revenue approved legislation to make sales of Cannabis legal in 2020. Although, when sales began in Chicago, not a single person of color held a retail license, eliciting a strong rebuke from the city's Black Caucus. Contrastingly, the Chicago suburb of Evanston voted to use the proceeds from marijuana revenue to spend up to ten million on a program to provide yet-to-be-defined assistance to Black residents in reparation for past discrimination. The Black community is anxious to see how this reparation initiative unfolds.

The state New Jersey has proposed a bill mandating that 25% of all legal licenses be set aside for people of color. Additionally African-American legislators in New York have pledged to boycott all marijuana legislation efforts that do not include provisions to redirect some profits to communities of color.

From Prohibition, to tech startup era, individual(s) that are successful in commercial economic booms have access to multiple kinds of capital – financial, social and political. Lack of consistent access to these diverse kinds of capital, and the power they weld makes it nearly impossible for African-American communities to truly profit from the revenue that marijuana generates