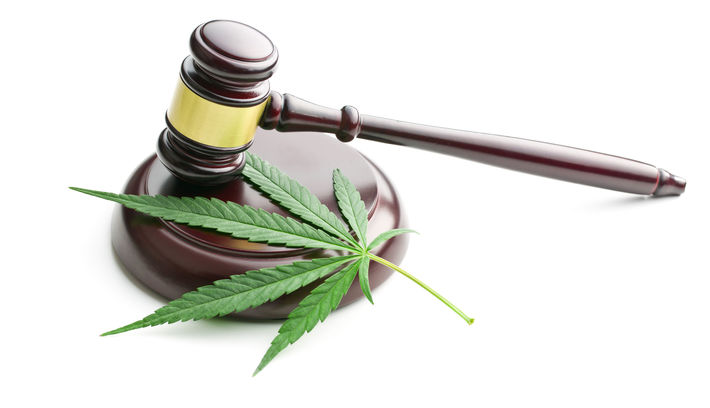 The Legalization of Marijuana in America

The Legalization of Marijuana in America

What’s In It for African Americans?

Social norms can change quietly. Less than a generation ago, tobacco companies embedded cigarettes in our society. Commercials highlighted the coolness of smoking, and celebrities (including sports stars), promoted cigarette use. Elementary school students made big, ugly ashtrays to present to their cigarette smoking parents, and we smoked on airplanes, in restaurants, in movie theaters, and schools. If someone takes out a cigarette now, people look upon them as a pariah. Two generations before that, prohibition attempted to rid a corrupt society of alcohol, which people blamed for health problems, violence, and political corruption. Now we cannot even imagine a society void of alcohol. It is difficult to think of an event, no matter how small or big, without the presence of alcohol. It is part of our landscape and acceptable by even the most pious of our citizens. Our collective minds flipped our views and opinions on alcohol and tobacco, and now we are in the process of doing the same for marijuana.

The spread of legally recreational and medicinal marijuana in America is undeniable. And it is simply not a matter of changing minds and laws. We have the messy business of expunging criminal records. In New York, most people agree that legislators should legalize marijuana. However, legal issues have made it necessary to hold up legislation that legalizes marijuana. Legislators must agree on how to come up with a plan that would benefit the people who have been disproportionately impacted by breaking marihuana laws of the past. But in the Midwest, Illinois Governor JB Pritzker signed a bill that contained a significant justice component; hundreds of thousands of people that the legal system had convicted for marijuana possession will now have that criminal record expunged.

In March of 2019, Black lawmakers in New York blocked the path to legalizing recreational weed. The lawmakers want to ensure that some of the billions of dollars that the marijuana industry will make should go to job training programs for minorities and minority businesses. These programs are needed and designed to help marginalized groups to enter the marijuana industry. To this date, not one of the 11 states that legalized recreational marijuana use ensured that minority communities participated in the economic life-cycle of the thriving marijuana business.

“I haven’t seen anyone do it correctly. They thought we were going to trust that at the end of the day, these communities would be invested in. But that is not something I want to trust. If it is not required in the statute, then it won’t happen.”

Even here in Colorado, Black business people were banned from receiving licenses for selling marijuana because they had been convicted of selling marijuana! A report pursuant to Colorado Senate Bill 13-283 indicated that Black people are arrested on marijuana-related charges three times the rate of white people. Yet, Blacks only make up a handful of dispensary license holders.

According to Pew Research, two-thirds of Americans say that marijuana use should be legal. A whopping 91 percent say marijuana should be permitted when the option of medical use is added to the poll. With a growing industry that is popular among the majority of sensible Americans, and the potential to make an incredible amount of money, it is no wonder that the legalization of recreational marijuana use is growing even faster than the marijuana advocates thought was possible.

Since Black people make up a substantial portion of the marijuana industry, their consumer power can be used to strengthen the position of thousands of Black entrepreneurs as the legalization of marijuana spreads through the nation. African Americans worked hardily on the illegal end of the weed business but are being regulated to the sidelines once weed became legal.

This is a sort of financial gentrification. As the legalization of marijuana spreads across the nation, African Americans are currently in the sweet spot for joining an industry in its infancy to become significant players well into the future.

Cory Booker, along with Kamala Harris, Elizabeth Warren, Bernie Sanders, Michael Bennet and others, introduced S.597: Marijuana Justice Act of 2019. This bill will, “…end the federal prohibition of marihuana, sponge records and reinvest in communities most impacted by War on Drugs.”

Cory Booker states: "The War on Drugs has not been a war on drugs; it's been a war on people, and disproportionately people of color and low-income individuals. The Marijuana Justice Act seeks to reverse decades of this unfair, unjust, and failed policy by removing marijuana from the list of controlled substances and making it legal at the federal level."

This is a great idea, but according to Skopos Labs, it only has a 4 percent chance of being enacted. That leaves the individual states to do the proper thing in order to make it right.

The challenge is to get the proper legislation that will address this issue. Illinois paved the way to address this issue directly. New York legislators are correct in slowing down the legalization process until issues of expunging criminal records and ensuring just and fair laws are put in place. Legislators can ensure minority participation in the weed industry if the proper measures are addressed during the planning of legalization. It is easier to plan than to retrofit. We can only hope the new states that will legalize marijuana will follow the lead of New York and Illinois legislators and address the issue spreading opportunities for those that have been looked out of the legal business of weed.