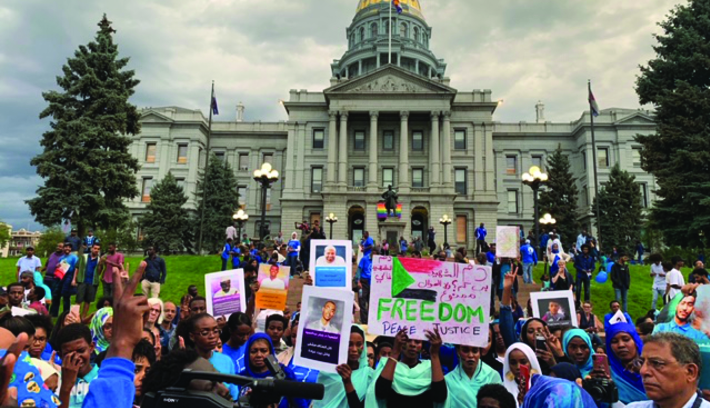 The Struggle for Justice in their Homeland Continues

Although SAPAA's general mission is to promote and strengthen the well-being of Sudanese-American communities, the political situation in the Sudan was the motivating factor for the June 30 event.

"We stand in solidarity with our brothers and sisters in Sudan," said Wafa Saeed, SAPAA's Executive Director. "June 30 is the anniversary of the beginning of the 30-year dictatorship, and we wanted to represent our opposition to that," she continued.

Sudanese-Americans, in other parts of the United States and internationally, organized similar rallies.

For the past few decades, the Sudan has received global attention for the massive displacement and death of hundreds of thousands of its citizens due to political reasons.

"Since its independence from Britain in 1956, Sudan has been bedeviled by a succession of civil wars and political instability," said Ahmad Sikainga, a native of Sudan and Professor of History at Ohio State University.  "These conflicts can be attributed to the deeply rooted regional, political and economic inequalities that have persisted for decades," he continued.

Sikainga noted the role of government and the social elite in the continuing conflicts.  "These inequalities are exemplified by the political, economic, and cultural hegemony of a small group of Arabic-speaking Sudanese elites who have held power and systematically marginalized the non-Arab and non-Muslim groups in the country's peripheries." 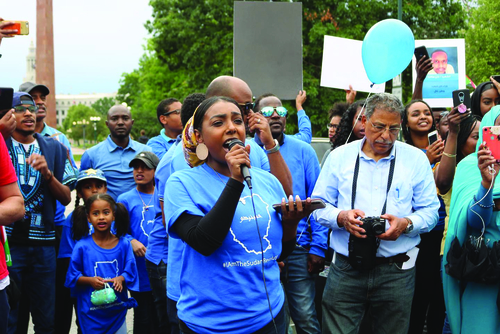 Until 2011, the Sudan was Africa's largest nation in area.  Its regional conflicts have been serious enough to garner global attention.

The northern region includes Khartoum, the capital city, and was always the center of power.  Over 90% of the inhabitants are Muslims and many are of Arab origin.

Since independence from Britain, the idea of dividing the Sudan into separate nations was common and formed the basis of the establishment of various political groups in the South.

The western region of Darfur has been a major conflict area.  Ironically, many of the inhabitants are Muslims, and conflicts are related to resources and governance.

On June 30, 1989, General Omar al-Bashir led a military coup against Sudan's elected government. After eventually appointed president, he established a military government. In 2009, his tenure in power was so oppressive that he was among the first world leaders to be issued an arrest warrant by the International Criminal Court for crimes against humanity; allowing accusers to them themselves into the courts. Al-Bashir refused, but ceased to join other world leaders at sessions of the United Nations General Assembly. 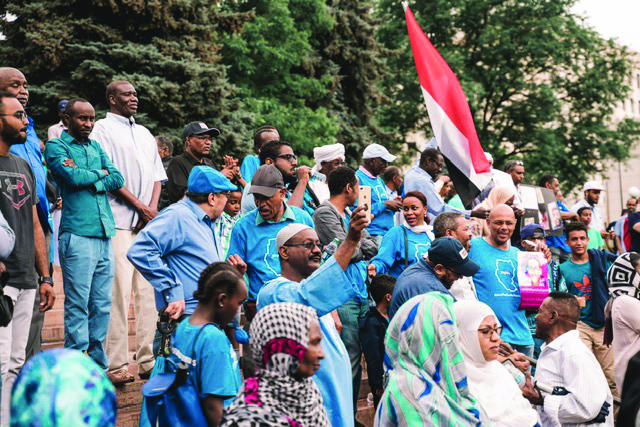 Among the many atrocities of his government is that described by the United Nations in 2009 as "the world's worst humanitarian crisis" at that time referring to the Darfur conflict in which more than 300,000 persons have been killed, and thousands displaced into refugee camps, often in neighboring countries,

There have been periods when political parties were banned and when lifted, the Bashir government made life very unpleasant for vocal political opponents.

In the Sudan (North Sudan), there was a steady increase in civil protests over a variety of issues.  The Bashir government responded with arrests and attacks on media coverage of events and general persecution of opposition politicians.

On April 11 of this year, the military toppled Bashir in a coup and pledged a two-year transition to democracy.  Protests continued with demands for participation in the political process.  In July, the military agreed to engage in discussions with the pro-democracy movement.

"SAPAA is cautious about the agreement," said Wafa Saeed. "We are watching the process," she continued.

In honor of a young artist killed by government forces in early June, many wore light blue T-shirts, blouses and shirts at the June 30 event who used blue in his artwork and had suggested that it become the official color of the Sudan.

In the meantime, SAPAA will continue its work with a Convention and Youth Summit in early August in Denver as one of SAPAA's goals in to assist with the adjustment of Sudanese children and youth to U.S. society.