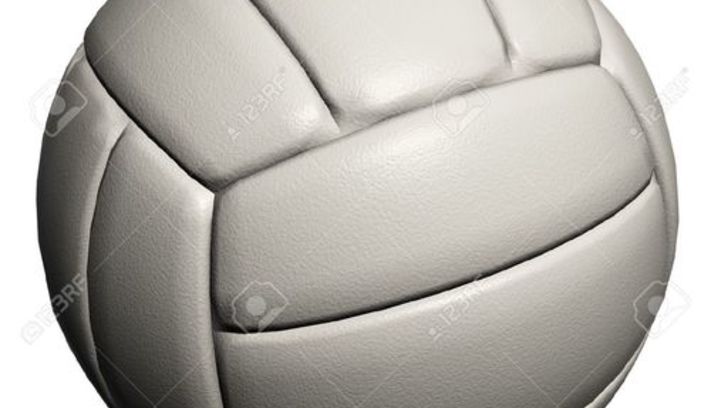 Volleyball Our Other Sport

The game of volleyball has grown in popularity amongst Colorado’s Black female student athletes, and with increasing participation rates; many of Denver’s high school students are exploring the sport as a transfer or primary activity.

Volleyball has been included in northeast Denver’s recreational programming for quite some time. For many years, Glenarm Recreation Center and St. Charles Recreation Center have featured team volleyball, and Hiawatha Davis Recreation has hosted volleyball in collaboration with the Denver Volleyball Club, attracting student athletes to the fast-paced game that requires speed, power, and determination.

For two of Denver’s high school student athletes, Quairo Bentley and Morgan Browne, volleyball has been a source of enjoyment and a display of athletic endurance. The young ladies, who graduated in the Class of 2019, worked hard to excel in the sport for the duration of their high school careers. As result, they will both be rewarded for their accomplishments with opportunities to play volleyball at the collegiate level this fall.

Bentley, a resident of northeast Denver, started playing volleyball at a young age. She practiced at Glenarm Recreation Center with her older sister Amirah Bentley, who was an NCAA Division II recruit, and by the time she entered high school she chose volleyball as her full-time activity at Denver East High School. Recognized as one of the top outside hitters in the state of Colorado, and identified as a Colorado Class 5A Girls Volleyball Leader by the Denver Post, Bentley helped lead Denver East High School to their first state tournament appearance in the history of the volleyball program during her freshman year.  She has played club volleyball in Denver, Wheatridge, and Englewood, and her talent has been recognized on numerous occasions in Colorado and throughout the country.  At the start of her junior year in high school, Bentley committed to play NCAA Division I Volleyball for Virginia Commonwealth University in Richmond, Virginia.

Initially, Browne was a three-sport student at Bear Creek High School in Lakewood, Colorado, participating in basketball, track, and volleyball before narrowing her sports activity down to volleyball after her sophomore year. At a towering six-foot tall, Brown is an outside hitter on the right side, applying the skills she mastered during her basketball and track careers to propel her athleticism. Accolades abound for Browne throughout the Jeffco High School League; she was identified as a Colorado Class 5A Girls Volleyball Leader by the Denver Post, and has been recognized as MaxPreps Athlete of the Week.  Browne played club volleyball in Denver, Centennial, and Englewood, and she is excited to take her talents to the NCAA Division I volleyball team at Colorado State University in Fort Collins, Colorado.

The club volleyball season, which ended at the end of April, was especially exciting for fans, as Bentley and Browne played on the same team for the first time in their career. Watching two top Black female volleyball high school standouts in the state play on the same court was a spectacular showcase of amazing talent. The girls, both highly recruited by colleges throughout the country, shined as they bumped, set, and spiked their way to victory.

DUS:  What got you into the sport of volleyball?

QB:  “My sister got me into the sport.  She played at our local recreation center, Glenarm.”

DUS:  Did you play any other sports?

MB:  “Yes, I loved all types of sports.  I played basketball, softball, soccer, track and field.  As I grew older it became difficult for me to decide which sport to put all my energy towards.  My two best sports in high school were volleyball and basketball, but found that my true love was with volleyball.”

DUS:  How long have you played volleyball?

QB:  “I have played volleyball since I was five years old. To this day, it is about thirteen years.”

MB:  “I have been playing since I was around eight years old and started at various recreation centers around Denver.”

DUS:  What have been some of the difficulties, if any, in playing what some people might deem a predominantly white sport?

QB:  “I personally have not had many difficulties playing the sport.  For most of my career, I have played on majority white teams at the various clubs I have played for, but I have never faced any discrimination from parents or teammates based on my race or demographic.”

MB:  “From the beginning, I always heard that I am playing a white sport – especially here in Colorado where it is very rare to have more than one minority on a team.  When playing in tournaments and games, I would be the only Black person on the court.  Sometimes I would feel like there was this big expectation from me; but most of the time I felt like I wasn't getting the same looks and opportunities as Caucasian players.”

DUS:  What have been some of the positives of diversifying the volleyball court?

QB:  “Being on a team with people of a different race or demographic allowed me to grow as a person; not only athletically as a player, but also as a person.  Spending time with people that are different than you broadens your perspective and builds character, allowing you to understand how people are and why they are who they are.  Playing the sport has given me a way to make many friends over the years, and I met my best friend playing as well.  Playing exposed me to a different world of people and athletes in general.”

MB:  “Meeting people from all over the country; being able to travel to locations that I probably would have never gone to on my own; and learning how to be a good team member with all types of personalities. My lifelong friends are volleyball players.  It has been amazing to watch how much the sport has grown and all of the great athletes that participate.”

DUS:  What has motivated you to stick with playing volleyball?

QB: “My primary motivation for playing was receiving a scholarship to college.”

MB:  “Early on in my club career, I was told by one of my coaches that if I put forward effort I could actually play in college.  As I trained more, I began to get more positive feedback on my athleticism and ability to jump and score.  I had very good coaches that taught me the techniques and skills needed to be a very good volleyball player, which motivated me to stick with volleyball.”

QB:  “I would share that volleyball or playing sports in general has given me an opportunity I possibly wouldn’t have had, and it’s given me a chance to go to college where many people in my family haven’t.  I would say that sports give you a better chance to reach the next level and it’s more accessible than people think.  Also, connections mean everything and never be afraid to ask for help.  Meet as many people as you can and play in as many programs as you can to get better and make connections.”

MB:  “When it gets hard never give up.  Never get deterred if you love the game to change the demographic of sports.   Find a club that fits your personality and volleyball strengths.  Volleyball may not be as glamorous as basketball, but there are so many opportunities to stay involved in the sport of volleyball for many years.”

DUS:  I have a couple of fun questions:  What was the last movie you saw?

DUS:  Who are your top three music artists?

DUS:  Again, congratulations and I appreciate you both for taking the time out of your busy schedules to share your experience and provide advice.

Black female student athletes are changing the face of volleyball throughout the state of Colorado and across the United States, and it is exciting to see the transformation!  Bentley and Browne are two young ladies who have fought through adversity, overcame the struggles facing every student athlete, and came out victories with college offers, scholarships, and opportunities to continue playing the sport they love.  They stand on the shoulders of Colorado’s Black volleyball players who blazed trails into the sport that is starting to become more diverse.  Bentley and Browne, like many others, have been playing volleyball in the shadows of more popular sports, but their accomplishments are bringing more attention and sparking the interest of future players.

Bentley and Browne’s stories would be incomplete without expressing the adoration and support of their parents, family, and friends who have cheered them on and made volleyball a part of their lives.  For those players coming behind, volleyball (whether indoor or outdoor) is not only a sport of opportunity, but a lifetime activity for all to enjoy.