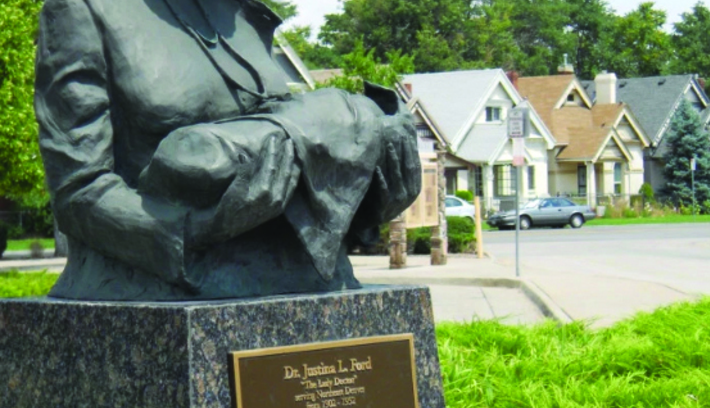 The Lady Doctor: Mother of All Mothers

Learning about prominent but anonymous historical figures has a purpose other than to highlight their accomplishments. Learning their stories can teach us about life. All of us spend our lives loving, influencing and communicating with others. We sleep, eat, and go to the restroom, just as everyone else regardless of who we are and in the big picture, class status and money makes little difference.

When we learn another’s story, we get a closer view of ourselves. Many famous people ended up in pauper’s graves and many common people had statues erected in their honor. Some of these anonymous people tales are cautionary tales. Some are inspirational, some are sad, but the one thing they always have in common, is they teach us a little about humanity itself, about the state of the human condition. They almost always teach us lessons about perseverance and/or humility. When we can learn a little bit more about ourselves and life, and all of the things associated in our reality, we are better off. At best, we can digest this knowledge and make things better for others, if not ourselves.

I can’t think of anything nobler than living a life that will make things better for those that will be here long after we are gone. Funny thing is most of those people did not set out to become rich or famous. They did not necessarily know they were making long lasting positive impacts on society. They were simply living their lives and doing the things that they were passionate about.

Known in the community as “The Lady Doctor” Justina Ford was the first licensed African American female doctor in Colorado. She was born, Justina Laurena Carter on January 22, 1871 in Knoxville, Illinois. She was the 7th child in her family.

Dr. Ford initially attended Hering Medical College in Chicago, where she married Rev. Dr. John Elijah Ford. She graduated in 1899. Dr. Ford traveled to Alabama to take the state’s medical certification exam, attending the State Agricultural and Mechanical College for Negroes. After passing the test in 1900, she was certified to practice medicine by the Madison County Board of Medical Examiners. 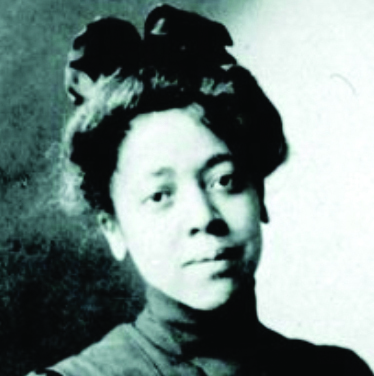 As listed in the transactions of the state medical society, she was joined by 55 other Black physicians in Alabama as a successful candidate, and for a short time, she was the college’s resident physician.

Her next move was to Denver, Colorado, which may not have been an ideal place for a female Black physician (for African Americans, no place was ideal), but it was slightly better than the Jim Crow southern states. Colorado, at that time, did not allow African Americans to join the Colorado Medical Society. This restriction prevented her and the other five male African Americans doctors in Denver from becoming members of the American Medical Association and like falling dominoes - this prevented them from receiving their accreditation from Denver hospitals. To make matters worse, Black physicians and Black patients were not allowed in Denver General Hospital.

Dr. Ford did not let any of those barriers halt her passion for helping people. After moving to Denver in 1902, she purchased a nine-room house at 2335 Arapahoe St. and hung her shingle to let people know she was open business. After setting up her practice, Dr. Ford did what she had to do to serve her community. She used bicycles as well as horse and buggy to travel to patient’s homes. Later she purchased a car and hired drivers to transport her. Sometimes she took taxis. Her practice consisted of gynecology, obstetrics and pediatrics. Some of her customers lived in the city but many lived in rural areas. 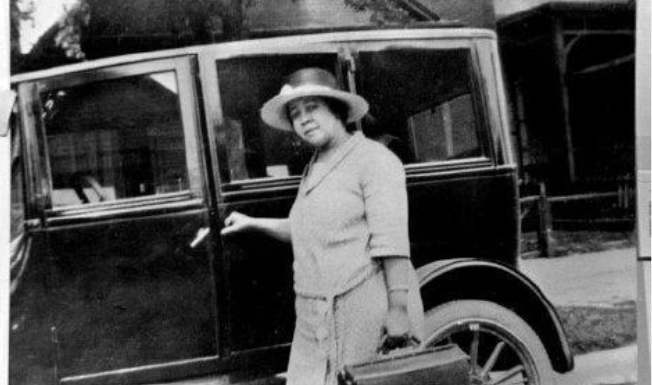 She carried out many of the births in people’s homes and sometimes in her home office. Of the 7,000 babies she is believed to have delivered; only 15 percent were African American. She served poor whites, Mexicans, Greeks, Koreans, Hindus, Japanese and any other human that needed her help. By the time of her death she was able to converse in seven different languages. She didn’t become wealthy. She accepted whatever cash, services or goods her customers could afford to give her. Her caring generosity did not stop at healthcare; she also provided blankets, food and coal for her patients who needed those items.

Before her death in 1952, she was given the Human Relations Award by the Cosmopolitan Club of Denver and finally gained admission to the Denver and Colorado Medical Societies. But even in 1952, The Denver Inquire noted that after her 50 years of service, Dr. Ford was still Colorado’s “first and only Negro woman M.D.” In 1989 she was recognized by the Colorado Medical Society “as an outstanding figure in the development and furtherance of health care in Colorado.”

Her home at 2335 Arapahoe St. was scheduled demolition in 1983 but was saved by Historic Denver, Hiawatha Davis and a host of other concerned citizens. In 1984 the home was moved to its present location at 3091 California Street. The home is on the National Register of Historic Landmarks and the site is now the home of the Black American West Museum & Heritage Center. 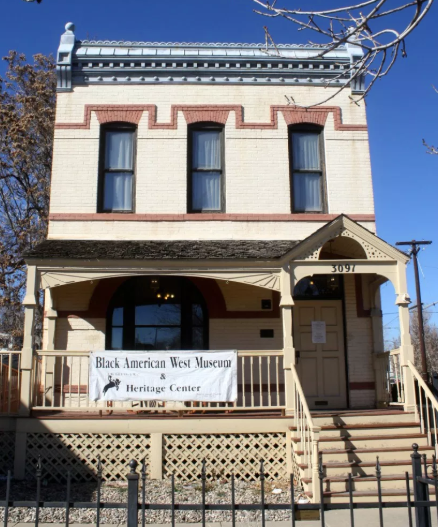 It is great that Dr. Ford has been written about and is in the books as a pioneering American. But besides the written accolades and digital trails of her great accomplishments, residents of Colorado, as well as visitors to the state, would do well to visit the Black American West Museum & Heritage Center.

Preservation is great, but the actual dissemination and retention of information about historical figures, given in the proper settings, is the preferred way to learn about great people. The visceral experience that follows does more to retain information and inspire than any printed word (including these words) could ever do. Dr. Justina Ford’s tenaciously paved a way through an arduous cultural landscape. Her efforts made the path easier for the offspring of those she served and all of the doctors who followed - regardless of race or nationality. And I believe she deserves all of the attention we can give her.