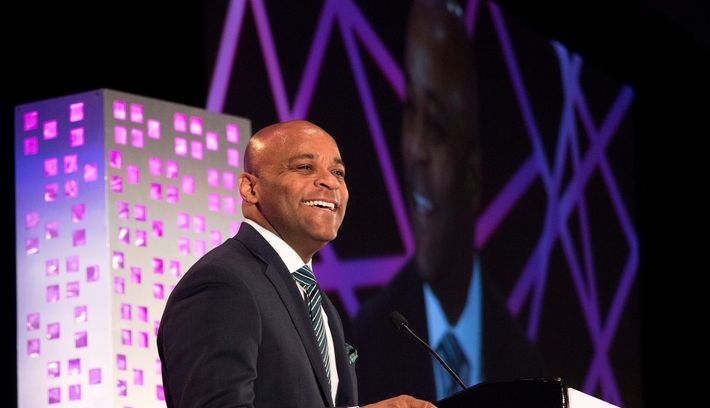 Denver is continuing the national upward trend of women running for political office as confirmed by the upcoming municipal elections. Four of the 10 people running for mayor are women, and they covered a variety of experiences and pathways to get to this point. Between the four women, you can checkmark on your diversity form: African American, Latina, white, queer, single, married and disabled. Leatha Scott, Lisa Calderón, Jamie Giellis, and Kalyn Rose Hefferman all pose an ample challenge to incumbent Michael Hancock’s bid for a third term.

One of the milestones you will not hear much about (unless you directly ask them) is the fact that all of the female candidates have a chance to be the first woman mayor in the history of Denver. It could be modesty, but it could also mean that being Denver’s first woman mayor is only a secondary matter to the real goal of making positive changes for the people of Denver, who are struggling with high housing cost, homelessness, and environmental issues. If that new mayor happens to be a woman, then that is only the icing on the cake. Jared Polis was not elected governor because he was openly gay, he is the governor because voters thought Polis was best suited to get the job done and based on what he stood for. The fact that Polis is gay? – Well, that’s nice, now let’s get to work. Denver voters will approach their decisions the same way, let’s see who can get the job done.

There is another factor for this upcoming election that cast a shadow over the municipal elections: allegations of sexual harassment made against Mayor Hancock by police officer Leslie Branch-Wise, who was a Denver detective and a former member of Hancock’s security detail. Mayor Hancock has apologized publicly for his behavior; however, it would be naive to think that these allegations would not play a factor for some people’s decision during the election. Hancock’ behavior does not take him out of the running. We have politicians in blackface, wearing Klan robes and some have been accused of multiple sexual allegations that make Hancock’s problem look like jaywalking, and these politicians of questionable integrity are still in office. Hancock has raised well over one million dollars which is more than double the amount of his nearest challenger. Besides his monetary resources, Hancock has a solid list of accomplishments he can highlight. During his time as mayor, new jobs climbed to 100,000, Denver has one of the lowest unemployment rates in the nation, 8,000 new companies were formed, $300 million is committed to affordable housing, and national publications voted Denver as the best place to live, start a career and raise children. The point is, these ladies will have to take Hancock down on substantive issues, not tabloid headlines, and they are prepared to do that. 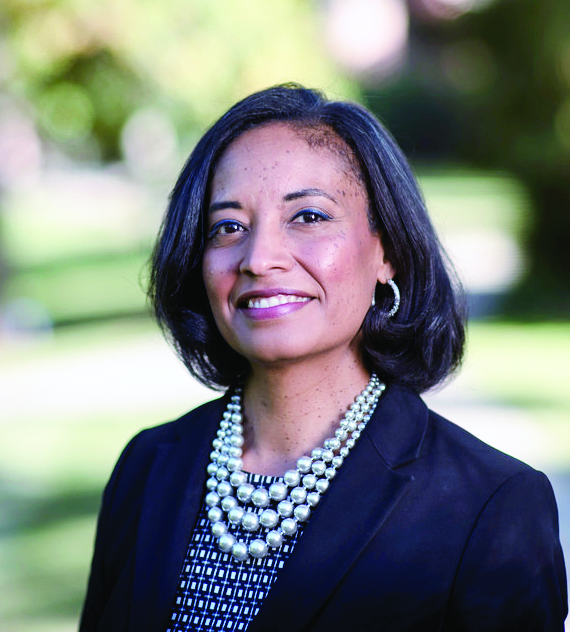 For Lisa Calderón, being born and raised by an African American father and a Latina mother is not the most intriguing fact about her; far from it. Her life story is filled with toughness, resiliency, and audacity. Calderón earned her doctorate of education degree, and a law degree while raising two children. Her life includes homelessness, physical abuse, and she was briefly held hostage by an abusive boyfriend. She’s now a criminal justice professor at Regis University and though she has not held a political office, she has been an extremely active social advocate for many years. 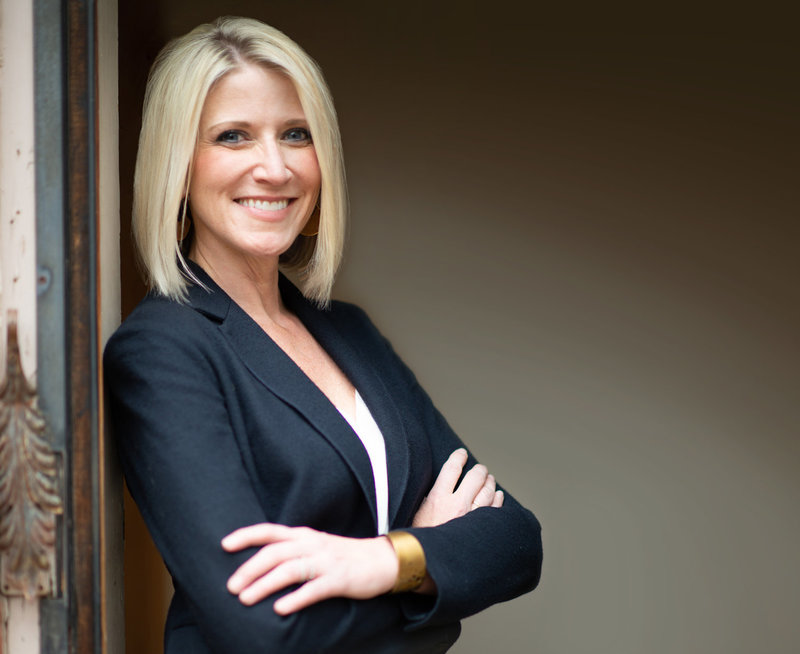 Mayor Hancock has another formable foe in Jamie Giellis. The daughter of a small town (Leland, pop. 250) Iowa mayor, Giellis has been involved in politics her whole adult life. She was a producer and reporter in Cedar Rapids television station and covered local politics and the 2000 presidential election. She was hired to oversee the revitalization of Cedar Rapids. That successful experience led her to obtain her master’s degree in public administration from the University Colorado Denver. She moved to Denver in 2006 and started her own consulting business that aimed to explore revitalization efforts in urban neighborhoods.

The backgrounds of Calderón and Giellis could not be further apart, but the one thing they have in common is their disdain for current Mayor Hancock. For Lisa Calderón, her unhappiness with Hancock is palpable. She points to problems that she feels the current mayor is not addressing, such as opaque agencies, unchecked growth and development, and the housing crisis. She states that people of color, such as her son, are being racially profiled and Hancock is just standing on the sidelines and doing nothing about it. Calderón heads the Time’s Up Hancock movement and led a rally which called for his resignation.

Jamie Giellis has raised the most money ($330,461) of all of the challengers, male and female. That is more than twice the amount as the top male challenger, Penfield Tate at $124,178. Just like Calderón, Giellis feels that the city is not coping with the challenges of growth and Hancock’s leadership lacks the blueprint to deal with the problems plaguing Denver. She stated in a Westword interview that Mayor Hancock is setting a passive approach to issues as opposed to proactively planning and approaching problems in a “thoughtful” way. 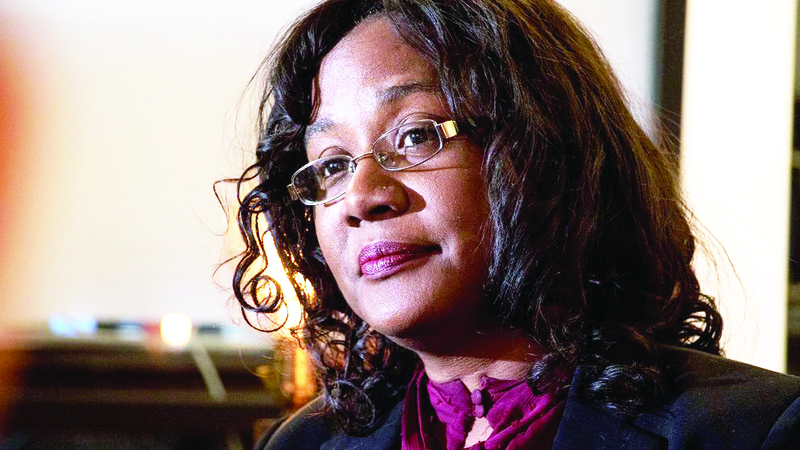 Leatha Scott does not have a political background. Lack of political experience is a trend for many other women office seekers of late. She’s a single mother and postal worker who feels that the people are not being heard. As she stated in Denverite.com: “Let’s change something the next four years, let’s do something different. Let’s include the people and their opinions and take their opinions into consideration. I don’t really feel like the people, the voters, are being heard.” That is a great way to start; however, I think that Leatha Scott will have to add some meat to those canned responses, to separate her from the pack.

"Ahhhh Denver. I love this city so much. So much in fact, everyone’s been telling me, ‘Kalyn, you should to run for mayor!’ And I’m like, “Don’t be an ableist! … I can’t even walk.” 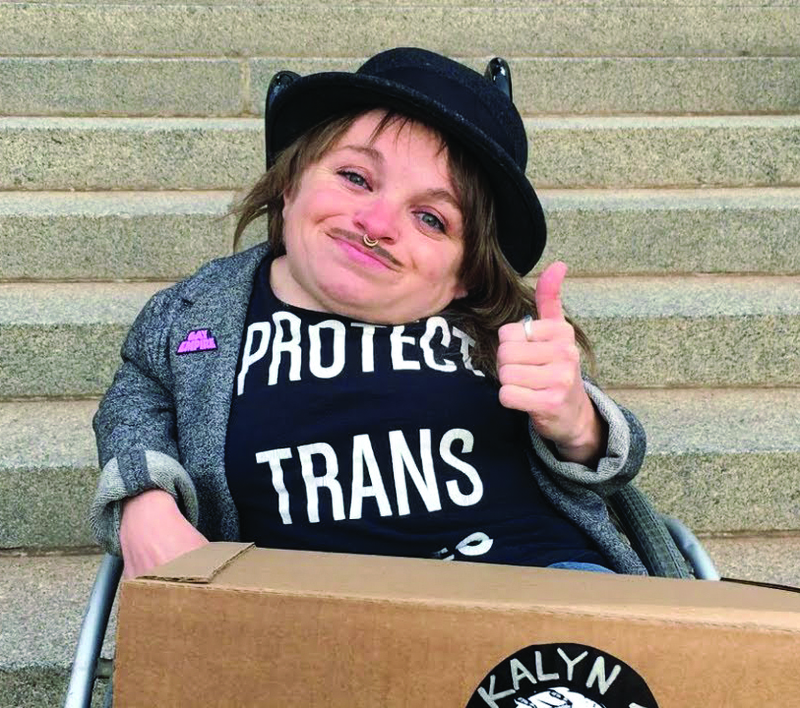 The statement above is from the inaugural video of Kalyn Heffernan. Heffernan is the lead rapper for the band, Wheelchair Sports Camp and is a disability rights activist. Her significant points of contention are ending the urban camping ban and implementing rent control to help curtail the skyrocketing cost of living in the Denver area. As a disability rights activist, one of her goals is to help make Denver one of the most accessible cities in the country. Heffernan described herself as queer and was born with the genetic disorder osteogenesis imperfecta (brittle bone disease), and uses a wheelchair. Watching her videos gives me the impression that she is a ball of energy and that energy seems to be contagious. Heffernan activism and positive outlook have landed her on the cover of the Colorado Springs Independent and the cover of the Village Voice. She was voted as the Best Activist Musician in Denver for 2018.

Of all of the female candidates, it could be argued that Heffernan’s chance of becoming mayor is least likely (She has raised less than $1,000). However, raising money may be missing the entire point. Kalyn Heffernan’s campaign is very much poor people’s campaign. As she stated to me, “We are hoping to win with people, not money.” If we existed in a perfect world instead of the one we now occupy, her advocating for the homeless, disabled and other vulnerable communities is just good business and common sense and the standard place all politicians should begin their journey.

With these ideas, we can build a template that all politicians, whether local or national, should try to mirror.